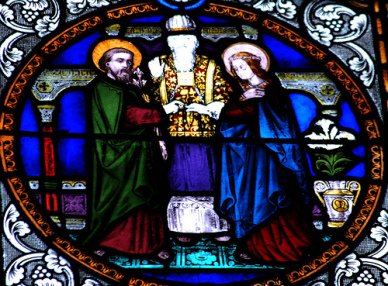 The messages to the seven churches are spiritual messages to everyone of every age of time. But additionally, there also exists in them a message that highly correlates to a particular “age” in history because of the prevailing spiritual condition that existed among those claiming to be the church during that age of time. Each message reveals to us that there were people who were true and faithful to Jesus, and there were people who were nothing but hypocrites and persecutors of church. The hypocrites often committed their dark acts under the disguise of claiming to be the church. These “church age” messages describe to us the spiritual conditions that were especially characteristic of many of the people of that “age.”

So far (in earlier posts) we have identified the following key attributes our Lord Jesus provided us relating to Pergamos. In summary, they are as follows:

If we look at the history of the church from the beginning, it started out as Jesus intended: true and faithful to Jesus and his word. But as time went on, men’s ideas and pagan ideas began to be mixed in. Additionally, men began to get lifted up and to start building ruling hierarchies as the bishops became quite powerful, even with the then ruling powers of the Roman government. In just a couple hundred years after the pagan Roman ruler Constantine helped established liberty for Christians, the hierarchy of men in the church became very powerful and influential. In AD 530 the emperor Justinian added to the Roman Bishop, the prerogative of receiving appeals from the other patriarchs of the then known church. The day of critical arguments and discussions among the hierarchy was settling down and becoming established as the formal “Roman Catholic” doctrines of the church. Paganism, as it used to be known in those places, had seemingly vanished as various pagan deities and their characteristics became clothed in the names of the former saints, such as: Peter, Mary, Joseph, etc.

Paganistic practices and teachings were now hiding under the robes of “the church”!

It has been recognized by many that this church age started around AD 530. Some significant things of note that happened around this time:

The ruler Justinian, traditionally known as “Justinian the Great”, was zealous for consolidating both church and national law as one. The provisions of the Justinian’s codex: “Corpus Juris Civilis” also influenced the canon law of the Catholic Church: it was said that ecclesia vivit lege romana – the church lives by Roman law.

Justinian’s consolidation of the whole of Roman Law into one codex (accomplished during the years of 529 to 534 AD) formally established the authority and rule of the Roman Catholic Church and its Papal authority. Key aspects of his new codex were:

Justinian neglected no opportunity to secure the rights of the Church and clergy, and to protect and extend monasticism. He granted the monks the right to inherit property from private citizens and the right to receive solemnia, or annual gifts, from the Imperial treasury or from the taxes of certain provinces and he prohibited lay confiscation of monastic estates.

This centralization of “Christian control” within one privileged hierarchical system would become very detrimental to the people trying to serve God under it, producing the following effects:

The Word of God would become so controlled that it was kept in a language not known by most of the people, and it was kept chained to the pulpit so no one else could get it in their hands. The opening of the third seal of Revelation accurately reveals this as a time when so little of the Word is measured out that people are spiritually barely kept alive.

The abuse of ministerial authority was so bad that many people were turned bitter in their soul as they either held grudges or they tried to “work the religious system” for their own benefit, or both.

The final end result: both the ministry and the people who followed their example, became blood-guilty as they used the gospel for personal advantage and for persecuting true Christians (because the lives of true and faithful Christians would make them feel their own blood-guiltiness).

And so, starting right around AD 530 and continuing for a thousand years after, we have a Pergamos church age where:

Pergamos was a terrible time of difficulty for anyone who really wanted to serve God faithfully with all their heart. There was so much corruption among the Catholic church back then, just as there still is today. But, could things get worse? Stay with me for more posts to come as we see what Jesus has to say to the church in Thyatira.