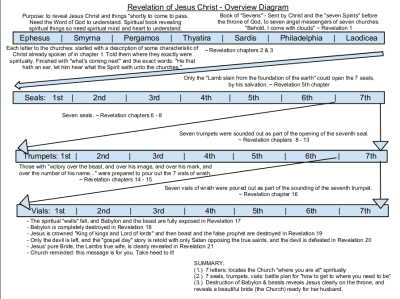 First, here is one diagram which lays out the entire Revelation message in a high-level roadmap of the progression of the message as you read through the book (a small picture of the same is shown above): Revelation Overview Diagram 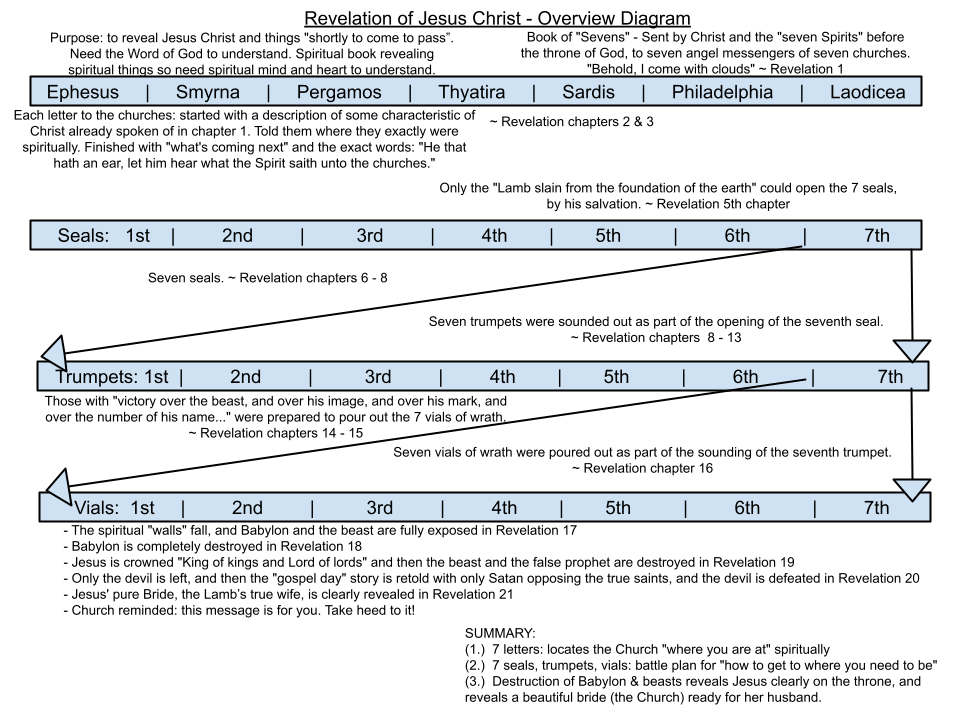 If you need this diagram above translated into your preferred language, you can visit this Translated Revelation Overview Diagram page.