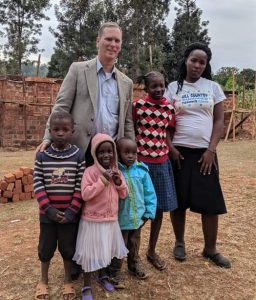 Many years ago at age 21, Richard Lehman was fortunate to hear a message from the book of Revelation based on a spiritual interpretation. It was this message that awakened him to the fallen hypocrisy condition of the many so-called “Christian” religions; Including the church that he was himself born and raised in. And it was also under a strong message preached from the book of Revelation, that Jesus Christ saved Richard, and delivered him from all sin.

From the beginning this Revelation message made a lot of sense to Richard. And more so later on, after he was called to the ministry, he also began to suffer many things because of the hypocrisy of certain others. This suffering inspired him to want to pay closer attention, and to dig deeper into the Revelation message himself.

So with much prayer he began this course of deeper study. And then later he began writing and publishing the spiritual interpretation of the Revelation message, on the Web. And it was some 16 years later after he had started, that he completed the work. These articles can all be found published at revelationjesuschrist.org

Since then he has also published a series of educational videos about the same that can be found at youtube.com/c/RichardLehmanRL

May the Lord bless the reader of this book with a deeper spiritual understanding, and most of all: a much closer walk with the blessed Lord and Savior. Amen