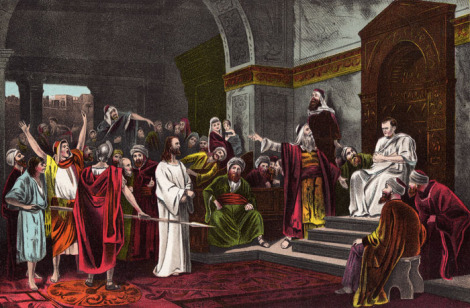 The word “seat” used here in the original means (from Strong’s Hebrew and Greek Dictionaries): a stately seat (“throne”); by implication power or (concretely) a potentate: – seat, throne.

In true Christianity, there is supposed to be only one throne, and that belongs to Jesus Christ: “Who is gone into heaven, and is on the right hand of God; angels and authorities and powers being made subject unto him.” (1 Peter 3:22)

The throne is to be our hearts, where Jesus reigns in our hearts. Where we are his servants and we obey and worship him alone. The devil gets no place when Jesus is on the throne of our hearts and he opens to us understanding in his word – and this is exactly the way the Revelation of Jesus Christ shows us in Revelation 5:6-9

“And I beheld, and, lo, in the midst of the throne and of the four beasts, and in the midst of the elders, stood a Lamb as it had been slain, having seven horns and seven eyes, which are the seven Spirits of God sent forth into all the earth. And he came and took the book out of the right hand of him that sat upon the throne. And when he had taken the book, the four beasts and four and twenty elders fell down before the Lamb, having every one of them harps, and golden vials full of odours, which are the prayers of saints. And they sung a new song, saying, Thou art worthy to take the book, and to open the seals thereof: for thou wast slain, and hast redeemed us to God by thy blood out of every kindred, and tongue, and people, and nation” (Revelation 5:6-9)

Now Satan wants that place of authority in our hearts, but with the Word of God he has to be sneaky to make this happen. Therefore he has to figure out how to use so-called “Christians” to get the job done. He is already reigning in their hearts, hence in Smyrna Jesus names out these people saying: “…I know the blasphemy of them which say they are Jews, and are not, but are the synagogue of Satan.” (Revelation 2:9) But Satan wants more than just a place of fake Christian worship, he also wants to have authority and power to do away completely with true worship and true worshipers. So he deceitfully sets up for himself a seat of authority within the hearts of people so that they will get his dirty work done for him.

The establishment of “Satan’s seat” of authority in the hearts of people to judge against the righteous, is the fulfillment of the prophesy of Jesus to the people of the Smyrna age. Jesus said that coming in the future they would suffer persecution ten days: “and ye shall have tribulation ten days: be thou faithful unto death, and I will give thee a crown of life.” (Revelation 2:10 above) Consequently, in the next age (Pergamos) Jesus identifies, in type, a specific faithful martyr named Antipas “who was slain among you, where Satan dwelleth.” It is very clear that this act was happening right around where many of the true people of God also congregate. And it is clear that Antipas was slain because he: “holdest fast my name, and hast not denied my faith“.

So during this Pergamos age, just as was predicted would happen during the previous Smyrna age, true Christians are being put to death. But the true church continues on because “Nevertheless the foundation of God standeth sure, having this seal, The Lord knoweth them that are his. And, Let every one that nameth the name of Christ depart from iniquity.” (II Timothy 2:19)

False religious judgement seats have always been a place for Satan to fight the true ministry and people of God:

Has this type of false judgement against the righteous happened throughout history in so-called churches? Sure it has, many times. In particular in the dark ages of the Catholic church many righteous were judged and condemned as criminals by the Roman Catholic Pope, bishops, and priests. It has also happened in one form or another among many others claiming to be “the church”.

This is what the establishment of “Satan’s seat” in people’s hearts is for: to make room for sin, and to judge and cast down the credibility and the very lives of the true worshipers of God. But although Satan causes persecution and false accusations, he can never defeat Jesus’ true church. Jesus said concerning him being the rock and foundation of the church “and upon this rock I will build my church; and the gates of hell shall not prevail against it.” (Matt 16:18) Gates are a symbol of a place of judgement, or a “seat” where judgement is administered. In the Old Testament the place of judging the legal matters among men took place at the gates of the city where the elders of the city would take their “seat” and here the cases. Jesus is plainly stating that the judgements of men (inspired by hell – Satan) will never overcome his church.

Jesus said “I know thy works, and where thou dwellest, even where Satan’s seat is.” Jesus knows who has him as the King and the “seat” of authority over the desires of their hearts, and who does not. If you don’t have Jesus sitting on the throne of your heart, then your heart can be used as “Satan’s seat.” This means you will have a heart to condemn and judge the righteous, when their holy living convicts you of the sin in your life. And although you may hide this from men, your condition is not hidden from Jesus. He knows “where Satan’s seat is.”