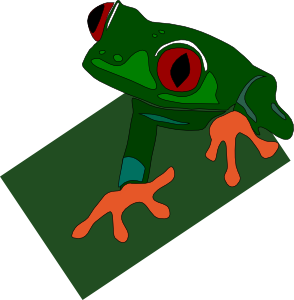 When the spiritual nakedness of fake Christianity is exposed, it is a very grievous judgment to receive. Often those who are exposed as such will protest and resist vehemently. Misery loves company so they will go about to divide and gather to themselves anyone else who will listen to their false message or gossip. Because they are already under the influence of an evil spirit, they especially have an ability to tell who has become spiritually lukewarm and naked like them – and they seek to gather them. This is why it is especially dangerous to become lukewarm right around the true church of God where judgment against false religious conditions is poured out.

“And the sixth angel poured out his vial upon the great river Euphrates; and the water thereof was dried up, that the way of the kings of the east might be prepared. And I saw three unclean spirits like frogs come out of the mouth of the dragon, and out of the mouth of the beast, and out of the mouth of the false prophet. For they are the spirits of devils, working miracles, which go forth unto the kings of the earth and of the whole world, to gather them to the battle of that great day of God Almighty. Behold, I come as a thief. Blessed is he that watcheth, and keepeth his garments, lest he walk naked, and they see his shame.” (Revelation 16:12-15)

There has always been two spiritual gatherings of people going on: one to Jesus, to worship him only in spirit and in truth and perfect unity, and the other to gather apart and away from Jesus’ true gathering. If you will not be gathered out from: sin, the divisions of religion, and the lukewarm condition – you will be gathered by “unclean spirits like frogs.” This has been the situation from the beginning:

“… Why did the heathen rage, and the people imagine vain things? The kings of the earth stood up, and the rulers were gathered together against the Lord, and against his Christ. For of a truth against thy holy child Jesus, whom thou hast anointed, both Herod, and Pontius Pilate, with the Gentiles, and the people of Israel, were gathered together, For to do whatsoever thy hand and thy counsel determined before to be done.” (Acts 4:25-28)

Prior to Jesus going before Pilate and Herod to be judged by them, these two men were at odds against each other. But after meeting Jesus and not humbling themselves to serve him, the Bible tells us that they became friends:

“And the same day Pilate and Herod were made friends together: for before they were at enmity between themselves.” (Luke 23:12)

If you do not overcome lukewarmness, you will eventually openly reject the full truth, or work to cause division in the one, sin-free church of God. You will then be gathered by frog-like spirits working through people and religions that will convince you to put aside your differences to fight the church of God. It has happened over and over again – people who do not agree on much of anything, can agree on one point: to fight Jesus’ one true church of God.