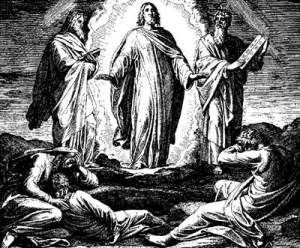 “And he had in his right hand seven stars: and out of his mouth went a sharp twoedged sword: and his countenance was as the sun shineth in his strength.” (Revelations 1:16)

The seven stars represent the ministry responsible for delivering Christ’s revelation message to the seven churches; as plainly stated by Christ himself a few verses later in verse 20. A star represents an angel/messenger, the minister or pastor of the church. The word “angel” in the original language means “messenger” or one responsible for delivering the gospel message.

This is why in verse 20 Jesus states “the stars are the angels of the seven churches”.

When Jesus was born in Bethlehem, it was a star that led the wise men to Jesus (Matt 2:1-10) and so a true ministry will also do the same – they will lead wise men and women to Jesus. In Daniel 12:3 we read: “And they that be wise shall shine as the brightness of the firmament; and they that turn many to righteousness as the stars for ever and ever.”

Notice also the seven stars, or Jesus’ true ministry, are in his right hand. They stay in his control and they only do his purpose.

The sharp twoedged sword coming out of his mouth represents the Word of God that proceeds from Jesus’ mouth:

“For the word of God is quick, and powerful, and sharper than any twoedged sword, piercing even to the dividing asunder of soul and spirit, and of the joints and marrow, and is a discerner of the thoughts and intents of the heart.” (Heb 4:12)

Finally it states “his countenance was as the sun shineth in his strength.” As already stated in the post just previous to this one titled: “Jesus’ Voice as the Sound of Many Waters” – this is how Daniel saw Jesus in Dan 10:6, and how the Apostles saw him when he was transfigured on the mount in Matt 17:1-8:

“And after six days Jesus taketh Peter, James, and John his brother, and bringeth them up into an high mountain apart, And was transfigured before them: and his face did shine as the sun, and his raiment was white as the light. And, behold, there appeared unto them Moses and Elias talking with him. Then answered Peter, and said unto Jesus, Lord, it is good for us to be here: if thou wilt, let us make here three tabernacles; one for thee, and one for Moses, and one for Elias. While he yet spake, behold, a bright cloud overshadowed them: and behold a voice out of the cloud, which said, This is my beloved Son, in whom I am well pleased; hear ye him. And when the disciples heard it, they fell on their face, and were sore afraid. And Jesus came and touched them, and said, Arise, and be not afraid. And when they had lifted up their eyes, they saw no man, save Jesus only.”

And this also was the blinding light that the Apostle Paul saw when he was converted on the road to Damascus:

“I saw in the way a light from heaven, above the brightness of the sun, shining round about me and them which journeyed with me. And when we were all fallen to the earth, I heard a voice speaking unto me, and saying in the Hebrew tongue, Saul, Saul, why persecutest thou me? it is hard for thee to kick against the pricks. And I said, Who art thou, Lord? And he said, I am Jesus whom thou persecutest. But rise, and stand upon thy feet: for I have appeared unto thee for this purpose, to make thee a minister and a witness both of these things which thou hast seen, and of those things in the which I will appear unto thee; Delivering thee from the people, and from the Gentiles, unto whom now I send thee, To open their eyes, and to turn them from darkness to light, and from the power of Satan unto God, that they may receive forgiveness of sins, and inheritance among them which are sanctified by faith that is in me.” (Acts 26:13-18 and see also Acts 9:1-9)

Each time one of these saw Jesus as he really is, they ended up falling on their faces before him. And this is exactly what happens to John in the next verse in Revelations 1:17. For Jesus is the “Sun of righteousness” Malachi 4:2 and he is the light that no man can approach unto:

“I give thee charge in the sight of God, who quickeneth all things, and before Christ Jesus, who before Pontius Pilate witnessed a good confession; That thou keep this commandment without spot, unrebukable, until the appearing of our Lord Jesus Christ: Which in his times he shall shew, who is the blessed and only Potentate, the King of kings, and Lord of lords; Who only hath immortality, dwelling in the light which no man can approach unto; whom no man hath seen, nor can see: to whom be honour and power everlasting. Amen.” (I Timothy 6:13-16)

If we ever get a true revelation of who Jesus really is, we also will quickly sober up and turn from sin and quit being just a “so called” Christian. We’ll sincerely fall before him to repent of all sin for good and serve him faithfully as a humble servant of the Lord.