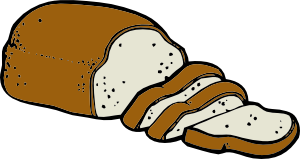 “He that hath an ear, let him hear what the Spirit saith unto the churches; To him that overcometh will I give to eat of the hidden manna, and will give him a white stone, and in the stone a new name written, which no man knoweth saving he that receiveth it.”

Again (as he does following each message) he states that if you have a spiritual ear to hear, you better listen and take heed! Those who overcome these spiritual conditions spoken of above, they will eat “hidden manna” and receive a “white stone” with “a new name written.” Manna is the food that fell from heaven when the Israelites were traveling in the Sinai Desert. They would go out daily to gather it and prepare it for food. Note: only the people of God received this manna, and this food was only provided to them directly in this manner while they were traveling through a desert wilderness condition that could not provide the food they needed to sustain life.

Jesus is telling the true (over-comers) people of God that he will directly give them the spiritual food they need to sustain spiritual life because the spiritual condition around them is like a desert where there is no rain. When there spiritually is a condition where true worshipers are gathered together as one in fellowship and service to God, God’s presence among their gathering is described in a number of places as a cloud that provides rain to the true worshipers and judgment (thunder, lightening, and whirlwinds) upon the false. (See the following scriptures: Hebrews 12:1, Exodos 40:34-38, Luke 9:28-36, I Cor 10:1-2, Exodos 14:19-20 & 24, Ezekiel 1:4 & 28, Psalms 18:9-17, Exodos 19:9 & 16, I Kings 8:10-12, II Chronicles 5:13-14, and many, many more)

But when there is a mixture of true worshipers among a larger number false, fake worshipers, it produces a different effect:

“These are spots in your feasts of charity, when they feast with you, feeding themselves without fear: clouds they are without water, carried about of winds; trees whose fruit withereth, without fruit, twice dead, plucked up by the roots;” (Jude 12)

Consequently, you must receive your spiritual food directly from Jesus, because a clear standout body of worshipers does not exist that God will honor with his presence to provide you spiritual blessings and food.

In John 6:32-51 Jesus told us that he is that manna that God gave directly from heaven. To the Jews that would not receive him, this manna was hidden to them. Consequently, here he calls it the “hidden manna” because even though the true people of God would be receiving it, it would be hidden from the false worshipers among them.

It is also a hidden manna because those fake Christians were feasting on “things sacrificed unto idols.” As mentioned in an earlier post “Doctrine of Balaam – Placing Stumbling Blocks in the Way” They were feasting on false doctrines designed to benefit those who had created the idols. Idols are created by man, and the worship of idols typically benefits those who made them (just like in Acts where the idol makers in Ephesus benefited from their trade of making idols, and wanted to get rid of Paul who was showing the people the way out of idolatry – see Acts 19:23-41.) Now Jesus at one point told his disciples that “I have meat to eat that you know not of” (see John 4:32-35). The Apostles did not understand what Jesus meant. So Jesus went on to tell them that “my meat is to do the will of my Father, and to complete his work.” This is the hidden manna that Jesus is promising those in Pergamos who will be true to him!

During the Pergamos Age (the Roman Catholic age) it was a time of no rain; a desert condition. The two anointed ones in the earth (God’s Word and His Holy Spirit) teach us that their will be “no rain” when false worshipers and false doctrine have been mixed in with true worshipers and Gospel truths. (see Rev 11:1-6) Consequently, the two anointed ones directly feed the “hidden manna” to the true worshipers, the true Bride of Christ, the true church of God:

“And the woman (the true church of God) fled into the wilderness (a desert place of no rain), where she hath a place prepared of God, that they (the two anointed ones) should feed her there a thousand two hundred and threescore days.” (see Rev 12:6)