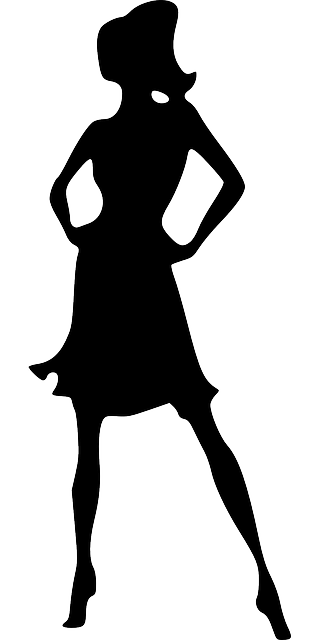 “Notwithstanding I have a few things against thee, because thou sufferest that woman Jezebel, which calleth herself a prophetess, to teach and to seduce my servants to commit fornication, and to eat things sacrificed unto idols.” (Revelation 2:20)
The spirit of Jezebel (the false bride of Christ, the false queen, see post: “Should Jezebel Be Honored as a Queen and Prophetess?“) has daughters that are just like her.
In the Old Testament, Jezebel had a daughter named Athaliah. In a very unwise move, the good King of Judah, King Jehoshaphat attempted to “heal” the division between the Kingdom of Israel (whose King was the evil Ahab with his wife Jezebel) and the Kingdom of Judah (see 2 Chronicles 18:1-3). Jehoshaphat nearly lost his life in the process (see 2 Chronicles 18:28-32) and was rebuked by the prophet of God for what he did (2 Chronicles 19:1-3). But Jehoshaphat still unwisely tried to bring the two kingdoms closer together, in spite of the wickedness that existed in Israel. Jehoshaphat did this by using human relationships, rather than by requiring Israel to get their relationship right with God. Jehoshaphat had his son, Jehoram, marry the daughter of Jezabel, Athaliah. (See 2 Kings 8:16-18 & 25-27) This has been a common practice among earthly kingdoms throughout history.

The Kingdom of Israel already had been provided the means of “healing the relationship.” The true prophets of God (Elijah and Micaiah to name a few) had already been sent by God to Israel, and they had preached that Israel needed to repent fully from all false teachings and gods to serve the one true God. This is the only way to heal a spiritual relationship!

To bring about healing in a relationship, in love one must preach judgement against all sin, false doctrines, and false organizations, and then show people how to repent and get back to the full truth of God’s Word and Spirit. But Israel as a nation rejected this call to repentance. Consequently, Jehoshaphat should have left Israel alone since a human relationship can NEVER heal a spiritual relationship! (This is why the Bible instructs us in 1 Corinthians 7:39 to only seek a marriage with one who already has proven to be faithful and true in their relationship with the Lord.) The right way for Jehoshaphat to have helped “heal” the need would have been to have backed up the prophet Elijah’s and Micaiah’s messages and simply tell the Israelites (and their king and queen) to repent! Then any honest souls could have come out of that country (at Jehoshaphat’s invite and call) over to Jerusalem.

In time, Jehoshaphat’s plan of “human-engineered relationship healing” proved a disaster, not only to the family of Jehoshaphat, but also to the whole Kingdom of Judah! By Athaliah’s direct influence, the whole family of Jehoshaphat was nearly completely killed, and the true worship of God was supplanted with Athaliah’s worship which was according to Baalim: “For the sons of Athaliah, that wicked woman, had broken up the house of God; and also all the dedicated things of the house of the LORD did they bestow upon Baalim.” (2 Chronicles 24:7).

This is exactly what the false spiritual queen, Babylon (false churches claiming to be married to Christ), has done. So called “Christian” churches and their members have worked to kill the influence of holiness and those who live holy. This false queen church has not only done this by herself, but also by those of her daughters (many false split-off churches) who also claimed to be married to King Jesus:

“And upon her forehead was a name written, MYSTERY, BABYLON THE GREAT, THE MOTHER OF HARLOTS AND ABOMINATIONS OF THE EARTH.” (Revelation 17:5)

The seduction of the spirit of Jezebel-Babylon is very great in the Thyatira age. The paganistic teachings of many gods and many religions to serve God, was bound up during the Pergamos age. Paganism had to hide under the covers of Roman Catholicism because the Gospel, preached originally by a true ministry, had clearly exposed the falseness of multiple gods and multiple ways to serve God. (So the Roman Catholic Church had to preach there was only one church because the Word of God had already exposed the falseness of many churches/religions/gods. Roman Catholicism further hid the pagan teachings under the covers of their religious robes by giving the pagan gods new names that matched those of the Apostles, Mary, etc. and the actual pagan teachings they began to mix with that of Bible teaching.)

But in Thyatira, the Protestant age, the false Jezebel queen (and her many daughter churches) began again to promote the notion of many ways and doctrines to serve God by. They all claimed to be the bride, the church, serving Jesus. But they now were promoting multiple ways of serving God without being completely delivered from sin – which is effectively what the spirit of Paganism is all about! Keeping people as sinners – never healing the relationship between them and God!