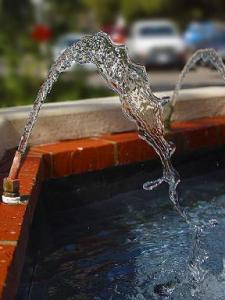 “I know thy works, that thou art neither cold nor hot: I would thou wert cold or hot.” (Revelation 3:15)

Again, for the seventh time he states: I know exactly where you are spiritually “I know thy works.” Unlike the previous church ages where there were serious needs, the need here is stated very differently, yet it is also a very serious need! The need is not stated as “synagog of Satan” nor is it described as “eating things sacrificed unto idols” or committing spiritual “fornication.” But rather as being settled and comfortable: lukewarm for the Lord, “neither cold or hot.”

Seemingly one of the strangest statements from Jesus: “I would thou wert cold or hot.” Easy to understand why he would want us “hot” and “on fire” for him, but why would he have us be “cold” rather than lukewarm?

“As the cold of snow in the time of harvest, so is a faithful messenger to them that send him: for he refresheth the soul of his masters.” (Proverbs 25:13)

He is looking in these end times for a refreshing from his people after all he has done for them, and revealed to them – but he is not finding it! A faithful messenger refreshes his master, but instead his messengers have been concerned about other things, rather than being faithful to the spiritual needs of the lost. To often they have been busy delivering their own convictions and more concerned about protecting themselves rather than being a sacrificial servant reaching in love to save and heal the lost and the hurt. Today there has developed again a “Pharisaical” form of the “church of God” which claims to protect the pure form of the truth, but has become sect-ish, indifferent, and self-purposing, even to the point of dividing up again the very people of God.

“And whosoever shall give to drink unto one of these little ones a cup of cold water only in the name of a disciple, verily I say unto you, he shall in no wise lose his reward.” (Matthew 10:42)

“Woe to them that are at ease in Zion, and trust in the mountain of Samaria, which are named chief of the nations, to whom the house of Israel came!… …Ye that put far away the evil day, and cause the seat of violence to come near; That lie upon beds of ivory, and stretch themselves upon their couches, and eat the lambs out of the flock, and the calves out of the midst of the stall; That chant to the sound of the viol, and invent to themselves instruments of musick, like David; That drink wine in bowls, and anoint themselves with the chief ointments: but they are not grieved for the affliction of Joseph. Therefore now shall they go captive with the first that go captive, and the banquet of them that stretched themselves shall be removed.” (Amos 6:1-7)

The Lord is grieved, and has in the past, and will also today, lay judgment upon those who are at ease and love “the things that are in the world” (1 John 2:15) Woe unto the men and women who love the position they have among church of God more than they love the one who suffered and died to found and build the church of God! It is very distasteful to the Lord when he sees a lack of burden and concern for the work of God and the souls that Jesus suffered for!

“He cried also in mine ears with a loud voice, saying, Cause them that have charge over the city to draw near, even every man with his destroying weapon in his hand. And, behold, six men came from the way of the higher gate, which lieth toward the north, and every man a slaughter weapon in his hand; and one man among them was clothed with linen, with a writer’s inkhorn by his side: and they went in, and stood beside the brasen altar. And the glory of the God of Israel was gone up from the cherub, whereupon he was, to the threshold of the house. And he called to the man clothed with linen, which had the writer’s inkhorn by his side; And the LORD said unto him, Go through the midst of the city, through the midst of Jerusalem, and set a mark upon the foreheads of the men that sigh and that cry for all the abominations that be done in the midst thereof. And to the others he said in mine hearing, Go ye after him through the city, and smite: let not your eye spare, neither have ye pity: Slay utterly old and young, both maids, and little children, and women: but come not near any man upon whom is the mark; and begin at my sanctuary. Then they began at the ancient men which were before the house.” (Ezekiel 9:1-6)

Who are those “six men… …that have charge over the city” that have a “destroying weapon” in their hand? They are the angel messengers of the church, with a charge concerning the “city of God,” the “new Jerusalem,” or simply put: the church. They have a sword, which is the word of God, that is “sharper than any two-edged sword” (see Hebrews 4:12.) In particular this prophesy concerning our day is about the message Jesus gave to the previous six angels of: Ephesus, Smyrna, Pergamos, Thyatira, Sardis, and Philadelphia. Even though this ministry has physically passed on, in the same Spirit they had, the Holy Spirit, their message needs to be preached again today. This message needs to be preached to the city: the Church of God.

Notice that these men all “stood beside the brazen altar” which was the altar of sacrifice. These six men represent those who have willingly given their lives as a sacrifice to almighty God. They have the authority of God to slay with the Word of God those who are indifferent and hold back from a life of self-sacrifice to God.

But who is he that is “clothed with linen, with a writer’s ink-horn by his side?” Who is this one whom God almighty directs to “set a mark upon the foreheads” of those who have a true burden, and are grieved about those who have let down on the truth and a burden for the work of salvation? It is Jesus himself, for he knows exactly what is in the heart of men and women. He knows those that are truly his and those who are truly burdened for souls. “I know thy works.”

People may claim to be part of the church of God, but Jesus knows who really has the love and burden. Fake Christians and ministers may try to mark themselves, but Jesus only marks with his Father’s name those who really belong to the family of God.

“And I looked, and, lo, a Lamb stood on the mount Sion, and with him an hundred forty and four thousand, having his Father’s name written in their foreheads.” (Revelation 14:1)

Jesus’ Revelation message will spiritually “slay” everyone who has let down on the truth, and those who have let down on a burden for it! It is Jesus’ great faithfulness so that the slain can clearly see where they are spiritually and repent and get back where they need to be (if they have a heart to do so.)

Notice where God instructs the six men to start their judgment work: “and begin at my sanctuary.” Begin at the place of worship, and start with the elders first: “they began at the ancient men which were before the house.” They started with those ministers and leaders who are the most accountable for taking it easy and letting down. Those ministers who have served their own purposes, and not the needs of the lost and the brokenhearted. Start with the judgment against them!

“For the time is come that judgment must begin at the house of God: and if it first begin at us, what shall the end be of them that obey not the gospel of God? And if the righteous scarcely be saved, where shall the ungodly and the sinner appear?” (1 Peter 4:17-18)

Cold, hot, or lukewarm. Which one are we?