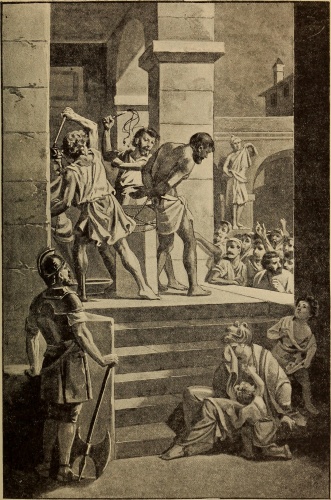 “I know thy works, and tribulation, and poverty, (but thou art rich) and I know the blasphemy of them which say they are Jews, and are not, but are the synagogue of Satan.” (Revelations 2:9)

Just like the Ephesus period of time (church age), the true worshipers were true laborers, but now they were especially suffering for it. But Jesus reminds them that they are rich towards God, and that is what counts.

“Hearken, my beloved brethren, Hath not God chosen the poor of this world rich in faith, and heirs of the kingdom which he hath promised to them that love him?” (James 2:5)

Notice, that back in the letter to the Ephesians Jesus was addressing one audience, the saints. But, now, in addition to the true saints of God, there is another audience of people that claim to be worshipers of God, but they are not – and they blaspheme.

The definition of blasphemy: the act of insulting or showing contempt or lack of reverence for God.

Now, right among the true worshipers, are other worshipers who claim to love God first, but they really don’t. They “put on” but they do not really serve God. This is “blasphemy” or insulting and disrespectful towards God. But, this condition is able to “sneak in” when the clear, sevenfold light of the candlestick (representing the clear light of God’s one standout, true to Jesus, church) has been “removed from its place.” (see previous post: “Has the Candlestick Been Removed From Your Heart?“)

Do you remember where the candlestick’s place is supposed to be? It belongs in the temple. Today the Gospel teaches us where the temple is today:

The candlestick’s “place” belongs in the hearts and minds of men and women, and that temple needs to individually, and collectively as the church, be kept holy. As the spiritual temple of the Lord there is NOT supposed to be an unequal mixture with those who are not really serving God.

“Be ye not unequally yoked together with unbelievers: for what fellowship hath righteousness with unrighteousness? and what communion hath light with darkness? And what concord hath Christ with Belial? or what part hath he that believeth with an infidel? And what agreement hath the temple of God with idols? for ye are the temple of the living God; as God hath said, I will dwell in them, and walk in them; and I will be their God, and they shall be my people. Wherefore come out from among them, and be ye separate, saith the Lord, and touch not the unclean thing; and I will receive you. And will be a Father unto you, and ye shall be my sons and daughters, saith the Lord Almighty.” (2 Corinthians 6:14-18)

Without the fullness of a separate people with a true burning love for God that produces the sevenfold light of the candlestick, evil things (people with evil in their heart) can sneak in as “pretenders” and cause trouble right around God’s true people. It is not just about having the right doctrine, it is about having both the right doctrine and a burning love and true unity in worshiping and serving God.

Note: In the previous verse of Revelations 2:2 (in Ephesus) they had the light of the 7 candlesticks, therefore they were capable of discovering those that were false: “and thou has tried them which say they are apostles, and are not, and hast found them liars.” But now there are false worshipers among them that they don’t discern, nor are they successfully discovering them – but Jesus knows who they are. Without the full light of the Word and the Spirit in the church (via the full light of the candlestick), others will sneak and mix their way in. Without the full light of the faithful, holy and true people (the “candlestick” church of God) then you will not be able to discern or see how other people are entering into the church by another way:

“Verily, verily, I say unto you, He that entereth not by the door into the sheepfold, but climbeth up some other way, the same is a thief and a robber… …The thief cometh not, but for to steal, and to kill, and to destroy” (John 10:1-10)

Notice: they “say they are Jews.” He is speaking of spiritual Jews, not physical ones of the flesh. He is speaking of people who claim to be saved children of God, but they really have evil in their heart. The Bible clearly spells out in the New Testament that the true Jews are those who are spiritual ones – those who have been cleansed by the blood of Jesus.

Those who claim to be spiritual “Jews, and are not, but are the synagogue of Satan” implies they still gather to worship at a place of worship. They may claim that they are part of God’s church, but God sees them as part of the Devil’s church, because they are not honoring and serving him from a pure and true heart.

Note: If not a spiritual Jew, (as noted in Romans 2:29 above) then your heart is first towards the praise of men (what people want), and not God. The result is men becoming “kings” in the church, and no longer is Jesus being held as the “King.” This will always translate into eventual persecution and tribulation for the true worshipers of God (including a true ministry that is leading people in true, obedient worship). True worshipers chose to honor Jesus as King, and not the men and women who want to be king.

Note: this persecution and tribulation from so-called worshipers is what will always come next – and in past history it was what also happened during the next Pergamos church age (spoken of starting in Revelations 2:12).