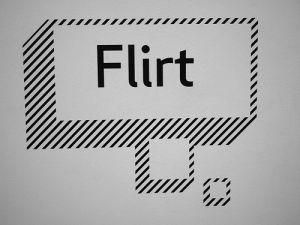 “But this thou hast, that thou hatest the deeds of the Nicolaitanes, which I also hate.” (Revelations 2:6)

Who were the Nicolaitanes? Historians describe them as a short lived sect in the early days of Christianity that promoted promiscuous sexual relationships among its believers – in other words, a “free-love” spirit. But Revelations is a spiritual book, and what Christ in particular is speaking about here is a spiritual condition.

The “Nicolaitanes” are only mentioned one other time in the Bible, and that is further along in verse 15 of this same chapter. The context of the mention of them, both here and in verse 15, is when Christ is dealing with a “relationship” problem: either a “left thy first love” problem, as stated in an earlier post concerning verse 4, or an unfaithful condition described as “to eat things sacrificed unto idols, and to commit fornication” problem as stated later in verse 14. In both cases, Jesus is dealing with “where people are” in reference to their spiritual love relationship with him.

To the church at Ephesus he is basically stating that spiritually they have “left their first love”, but they have not gone as far “spiritually” as the Nicolaitanes, where people will love and embrace many divisive sects of religion or religious beliefs (no integrity or faithfulness to Jesus and how he lived and taught. An unfaithful spiritual relationship.) The spiritual Nicolaitanes ignore Christ’s one way to live and one church that Jesus is married to – to embrace accepting many ways to live and a different church than the one Christ is married to. Concerning this “free love” religious spiritual condition, Jesus plainly states: “which I also hate.” This is one key purpose of the Book of Revelations – to reveal the unfaithful religious condition of spiritual “Babylon” (see Rev 17) which Jesus hates.

Ephesus had “left their first love”, but had not taken on the deeds of the “free love” Nicolaitanes – at least not yet. The Ephesians were relying on their religious discipline to keep them away from becoming spiritually unfaithful. But it takes heart felt sacrificial love to remain faithful. Temptations and persecutions can eventually overcome religious discipline, but they cannot overcome the flame of intimate true love! The way for the religiously disciplined Ephesians to avoid going as far as the Nicolaitanes is shown earlier in posts concerning verse 5: “Remember therefore from whence thou art fallen, and repent, and do the first works.” In other words: remember where your love began to grow cold and turn away from your “coldness” and indifference back to your labor of sacrificial love. For sacrificial, faithful love is the natural result of a true love relationship with Jesus Christ.