“And unto the angel of the church in Thyatira write; These things saith the Son of God, who hath his eyes like unto a flame of fire, and his feet are like fine brass;” ~ Revelation 2:18

This is emphasizing a particular characteristic of Jesus mentioned back in Rev 1:14-15. (See the previous post “Nothing is Hid From the Eyes as a Flame of Fire“). Jesus is that Word that was made flesh and did dwell among us (John 1:14) and he, by his word, sees with “eyes like unto a flame of fire” right through to the real intentions and conditions within the hearts of people.

“For the word of God is quick, and powerful, and sharper than any twoedged sword, piercing even to the dividing asunder of soul and spirit, and of the joints and marrow, and is a discerner of the thoughts and intents of the heart. Neither is there any creature that is not manifest in his sight: but all things are naked and opened unto the eyes of him with whom we have to do.” (Heb 4:12-13)

Jesus has eyes that see through everything. Nothing is hid from him!

“But Jesus did not commit himself unto them, because he knew all men, And needed not that any should testify of man: for he knew what was in man.” John 2:24-25

Jesus’ feet are also mentioned here as in Rev 1:15, as “fine brass as if they burned in a furnace” because like his eyes with authority burn through to the real intentions of people, he also can execute authority and judgment over all people. He walks where he wants, and steps on what he wants, and God places all things under his feet:

“The LORD said unto my Lord, Sit thou on my right hand, till I make thine enemies thy footstool?” Matt 22:44

He is emphasizing his authority and his ability to “see through it all” because especially during the Thyatira church age many men, with hidden agendas and evil in their hearts, are professing to love Jesus and be his ministers. They are taking the Word of God under their arms and building their own following under the name of Christianity.

This false religious condition described in Thyatira has existed at various times and places throughout the history of the church, and even is still very much with the so-called “Christian” world today. But it must be noted that this church age particularly applies to a period of time in history covering about 200 years: approximately from 1530 to 1730 – a time known by many historians as the “Protestant Age”. This is a time when many came out of Roman Catholicism protesting the Catholic Church’s many corruptions and abuses. But sadly many of them simply formed another church with some of the very attitudes and practices of the Catholic Church. Now during this time there were others who would get saved and start out right at first, to only later become bitter, and eventually build a church after their own name or doctrines so that they could gather people to themselves and not to Jesus.

Some years before this “Protestant Age” there was the invention of the printing press. Additionally different ones started translating the Bible into the language of the common people. These two events enabled a much broader audience to be able to hear and understand the Word of God, separate from the direct control and manipulation of the Catholic Church. Many would be convicted of the truth and would sincerely repent and get saved.

But the Devil’s deceptive powers were also released shortly after through the evil hearts of men and women. 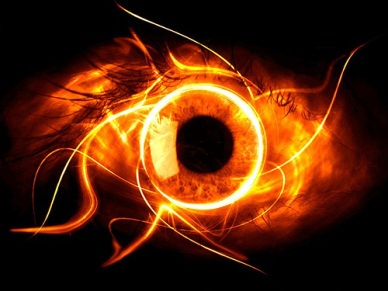 These false teachers and prophets would also come to know the Word of God, and then use it deceitfully for their own agenda and gain. They would choose to only profess Christianity, but would not fully submit to the Word. Consequently, Jesus would not be the King and authority over their lives, nor approve of them as his ministers. Although they may fool people, they cannot fool Jesus. He sees through it all with his “eyes like unto a flame of fire” because “Neither is there any creature that is not manifest in his sight: but all things are naked and opened unto the eyes of him with whom we have to do.” Additionally, Jesus also would execute judgment against them via his true ministry, who with the gospel shoes would stomp upon the false teachings with feet as “fine brass as if they burned in a furnace.”