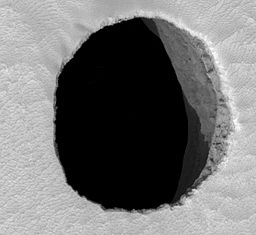 “But unto you I say, and unto the rest in Thyatira, as many as have not this doctrine, and which have not known the depths of Satan, as they speak; I will put upon you none other burden.” (Revelation 2:24)

This final statement is addressed to a specific audience – those who have stood true to Jesus. Those who have not taken on the doctrine of “eating things sacrificed unto idols, and to commit fornication” nor have taken part in the depths of Satan’s evil: having intimate relations with a spiritual Jezebel-harlot church condition.

“My son, give me thine heart, and let thine eyes observe my ways. For a whore is a deep ditch; and a strange woman is a narrow pit. She also lieth in wait as for a prey, and increaseth the transgressors among men. Who hath woe? who hath sorrow? who hath contentions? who hath babbling? who hath wounds without cause? who hath redness of eyes? They that tarry long at the wine; they that go to seek mixed wine. Look not thou upon the wine when it is red, when it giveth his colour in the cup, when it moveth itself aright. At the last it biteth like a serpent, and stingeth like an adder. Thine eyes shall behold strange women, and thine heart shall utter perverse things.” (Prov 23:26-33)

The spiritual city of Babylon represents this “strange woman” which is this spiritual Jezebel-harlot church condition that represents the “depths of Satan, as they speak.” It is the fellowship of their testimony – what “they speak.” By drinking and feasting on what “they speak” people become numb to the evil behind it due to how “flowery” or “sweet” their false testimony is presented. Like in Proverbs, she (Babylon) is associated with drunkenness later in Revelation chapter 17. The effect that this spiritual drunkenness has on people causes them to let down on their natural inhibitions and senses so that they give in to evil selfish desires.

“And there came one of the seven angels which had the seven vials, and talked with me, saying unto me, Come hither; I will shew unto thee the judgment of the great whore that sitteth upon many waters: With whom the kings of the earth have committed fornication, and the inhabitants of the earth have been made drunk with the wine of her fornication. So he carried me away in the spirit into the wilderness: and I saw a woman sit upon a scarlet coloured beast, full of names of blasphemy, having seven heads and ten horns. And the woman was arrayed in purple and scarlet colour, and decked with gold and precious stones and pearls, having a golden cup in her hand full of abominations and filthiness of her fornication: And upon her forehead was a name written, MYSTERY, BABYLON THE GREAT, THE MOTHER OF HARLOTS AND ABOMINATIONS OF THE EARTH.” (Revelation 17:1-5)

It is a spiritual harlot condition where people claim to be saved and married to Jesus as the church, yet they flirt with the sinful temptations of the devil and take pleasure in the evil the devil has to offer. Jeremiah the prophet also prophesied of Babylon in a way that agrees with this portrayal and still applies to spiritual Babylon today:

“Flee out of the midst of Babylon, and deliver every man his soul: be not cut off in her iniquity; for this is the time of the LORD’s vengeance; he will render unto her a recompence. Babylon hath been a golden cup in the LORD’s hand, that made all the earth drunken: the nations have drunken of her wine; therefore the nations are mad. Babylon is suddenly fallen and destroyed: howl for her; take balm for her pain, if so be she may be healed. We would have healed Babylon, but she is not healed: forsake her, and let us go every one into his own country: for her judgment reacheth unto heaven, and is lifted up even to the skies.” (Jeremiah 51:6-9)

As stated above in Jeremiah and in Revelation 2:21, God has given her space to repent, and would have healed her of her fake Christian church condition. But she would not repent, and consequently cannot be healed. It is time for any honest soul left there to “Flee out of the midst of Babylon, and deliver every man his soul: be not cut off in her iniquity; for this is the time of the LORD’s vengeance; he will render unto her a recompence.” Do NOT take part with the “depths of Satan, as they speak.”

The final words of verse 24 to the true and faithful in Christ: “I will put upon you none other burden.” The burden he placed on the saints in Thyatira age was to not allow the false church (Jezebel) condition and be seduced. If they would hold true to obey Jesus in this way, God was satisfied for that time. But a future time would come in a later church age where God would expect more. He would expect them to not only avoid being seduced, but also to spiritually destroy and burn the false Jezebel condition by the full and clear preaching of God’s Word. This way people can see their need to come out and to come to the true church of God, the faithful bride of Christ.