Jesus opens the letter to Philadelphia emphasizing again certain characteristics of his character and his authority. Jesus is holy and he is true (see Revelation 1:5) – and he has the right to expect his people to also be holy and true. Jesus is the one with the keys to life and death (see Revelation 1:18). He only has the final say about what is let in, or what is kept out; and no man can do anything to change it. Jesus is King supreme! He is of the lineage of David, a throne that has been established forever…

“And, behold, thou shalt conceive in thy womb, and bring forth a son, and shalt call his name JESUS. He shall be great, and shall be called the Son of the Highest: and the Lord God shall give unto him the throne of his father David: And he shall reign over the house of Jacob for ever; and of his kingdom there shall be no end.” (Luke 1:30-32)

Isaiah the prophet prophesied of Jesus as the king with all authority:

In the Old Testament God had promised David that of his house lineage there would always be a king to rule and govern over Israel. Jesus is that king, and the true spiritual Jews of the house of Israel are his kingdom (see Romans 2:28-29.) As the King of kings, when Jesus shuts, no man can open, and when he opens, no man can shut (see 1 Timothy 6:15 and Revelation 19:16).

As you will recall in the parable of the five wise and five foolish virgins (spoken of back in the comments to verse 3 of this 3rd chapter of Revelations), that at the time of the marriage feast of Jesus and the church, they whose spiritual lamps were burning were allowed in, and then the door was shut!

“And while they went to buy, the bridegroom came; and they that were ready went in with him to the marriage: and the door was shut. Afterward came also the other virgins, saying, Lord, Lord, open to us. But he answered and said, Verily I say unto you, I know you not. Watch therefore, for ye know neither the day nor the hour wherein the Son of man cometh.” (Matthew 25:10-13)

When the door was shut to the five foolish virgins, it was shut. No man could change that. But to the five wise virgins the door was open, and no man could change that either. But does not the Lord receive anyone who wants to come to him? Absolutely, but you cannot come to him your way, you must come to him his way, according to his plan. Because for any other way, the door is shut! Jesus himself is the door, and his way of truth: deliverance from sin, in holiness and in unity with his one true church bride, is his way. He does not accept many ways, only HIS way:

“Verily, verily, I say unto you, He that entereth not by the door into the sheepfold, but climbeth up some other way, the same is a thief and a robber. But he that entereth in by the door is the shepherd of the sheep. To him the porter openeth; and the sheep hear his voice: and he calleth his own sheep by name, and leadeth them out. And when he putteth forth his own sheep, he goeth before them, and the sheep follow him: for they know his voice. And a stranger will they not follow, but will flee from him: for they know not the voice of strangers. This parable spake Jesus unto them: but they understood not what things they were which he spake unto them. Then said Jesus unto them again, Verily, verily, I say unto you, I am the door of the sheep. All that ever came before me are thieves and robbers: but the sheep did not hear them. I am the door: by me if any man enter in, he shall be saved, and shall go in and out, and find pasture. The thief cometh not, but for to steal, and to kill, and to destroy: I am come that they might have life, and that they might have it more abundantly. 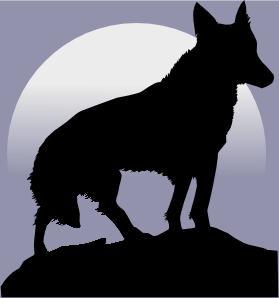 Jesus plainly states: anyone trying to get in without fully coming Jesus’ way, will cause trouble for the true church, the true sheep. They will only come to eventually “steal, and to kill and to destroy” and they will not care for the true sheep. If a spiritual wolf should come around, they also will flee away and allow that wolf like attitude to catch the sheep and scatter them. Jesus does NOT open the door to these type, but men some times will, especially if those men have spiritually “fallen asleep.”

Jesus is the good shepherd, and his intention is to gather back to himself all those sheep that have been scattered into different “folds” of man’s false religious sect making. Jesus will bring them back by his the voice of his true message. Then there shall be one fold, one church, and one shepherd: that true shepherd being Jesus, the King of kings and Lord of lords.

The door is shut to every false way, but Jesus is willing to open to anyone that will seek him his way:

“And he said unto them, Which of you shall have a friend, and shall go unto him at midnight, and say unto him, Friend, lend me three loaves; For a friend of mine in his journey is come to me, and I have nothing to set before him? And he from within shall answer and say, Trouble me not: the door is now shut, and my children are with me in bed; I cannot rise and give thee. I say unto you, Though he will not rise and give him, because he is his friend, yet because of his importunity he will rise and give him as many as he needeth. And I say unto you, Ask, and it shall be given you; seek, and ye shall find; knock, and it shall be opened unto you. For every one that asketh receiveth; and he that seeketh findeth; and to him that knocketh it shall be opened. If a son shall ask bread of any of you that is a father, will he give him a stone? or if he ask a fish, will he for a fish give him a serpent? Or if he shall ask an egg, will he offer him a scorpion? If ye then, being evil, know how to give good gifts unto your children: how much more shall your heavenly Father give the Holy Spirit to them that ask him?” (Luke 11:5-13)