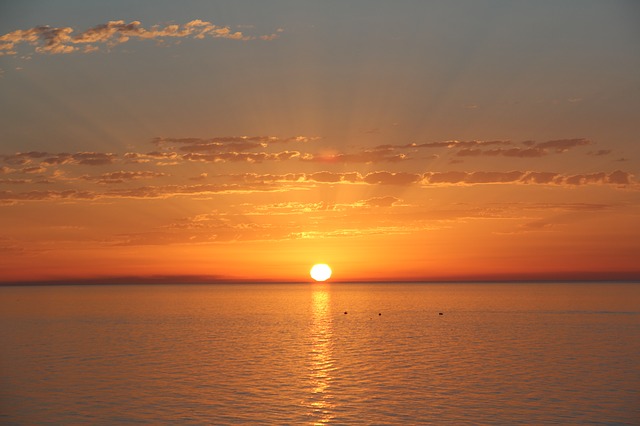 Jesus Christ is the “first begotten” in all things good and of importance to almighty God, and ultimately to us. Jesus is first and above all – he is preeminent meaning “Superior to or notable above all others; outstanding.” The heavenly Father has determined that Jesus is and will be preeminent in all things to us. The scriptures state of Jesus:

“Who is the image of the invisible God, the firstborn of every creature: For by him were all things created, that are in heaven, and that are in earth, visible and invisible, whether they be thrones, or dominions, or principalities, or powers: all things were created by him, and for him: And he is before all things, and by him all things consist. And he is the head of the body, the church: who is the beginning, the firstborn from the dead; that in all things he might have the preeminence. For it pleased the Father that in him should all fulness dwell” (Collosians 1:15-19)

So it was only consistent and right that Jesus should be the “firstborn from the dead” or the first of the resurrection. This is why the scriptures also state that after Christ arose that “… the graves were opened; and many bodies of the saints which slept arose, And came out of the graves after his resurrection, and went into the holy city, and appeared unto many.” (Matthew 27:52-53) In addition: “Blessed be the God and Father of our Lord Jesus Christ, which according to his abundant mercy hath begotten us again unto a lively hope by the resurrection of Jesus Christ from the dead, ” (1 Peter 1:3 )

It is only by Jesus that any part of our existence has come into being. The scriptures describe Jesus as having always existed:

But the scriptures also plainly teach that Jesus is begotten of the heavenly Father. Don’t ask me to explain what God fully means by begotten, and yet always “was”. I was not there before the world was; how could I explain such things. God the Father is not confused and knows exactly what he means when he states Jesus is his “only begotten son”. I think we are very limited in our ability to understand some things since we, in our current state, are very time oriented creatures with a very short existence and limited capabilities to fully comprehend concepts like “forever”. God is not limited by our limitations, so what he fully means by Jesus being his “only begotten” is beyond us in this life. Reasoning according to our physical life and how begotten happens on earth could lead us to concluding the idea that Jesus was created by God – which conflicts with the rest of the scriptures. Jesus has always been and is forever. I believe the most important thing the Father wants us to understand when he describes his Son as his “begotten” is that Jesus was sent from God – and in that sense he was “begotten” from God. Additionally, “only begotten” means that Jesus is most precious to the Father and he wants us to hold his Son in the most highest position and respect because he was the only one sent from the Father that can save us!

Now the scriptures also teach that it is through God’s only begotten son that all other things came into being: and it is only by his Son that anyone will be saved and resurrected:

We have no ability to reach God or understand who he is, but through Jesus Christ: “No man hath seen God at any time; the only begotten Son, which is in the bosom of the Father, he hath declared him. ” (John 1:18 )

Finally, if we are “begotton of him” or spiritually “born again” then we will reflect the example of faithfulness and love that Jesus left.

“We know that whosoever is born of God sinneth not; but he that is begotten of God keepeth himself, and that wicked one toucheth him not.” (1 John 5:18 )