There is so much confusion in the world today related to Christians and Muslims, and the Christian faith compared to Islam. People of both modern day belief systems are mostly not really who they say they are.

Most people who claim to be Christian do not fully obey their foundation book of faith, the Bible. 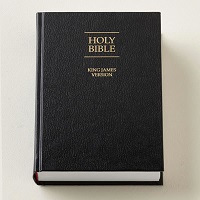 Most people who claim to be a Muslim do not fully obey their foundation book of faith, the Quran. 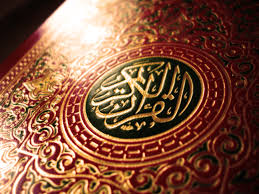 So allow me to clarify the differences by considering the following:

1. How Each Belief Treats Unbelievers:

A true Christian is supposed to be loving, kind, and forgiving towards all people, and even his enemies.

“Ye have heard that it hath been said, Thou shalt love thy neighbour, and hate thine enemy. But I say unto you, Love your enemies, bless them that curse you, do good to them that hate you, and pray for them which despitefully use you, and persecute you;” ~ Matthew 5:43-44

Unfortunately most who claim to be Christian hold on to attitudes against those who treat them bad, and some will eventually get even.

A true Muslim is supposed to be hateful and murderous towards all non Muslims, and especially those who are his enemy.

“The only reward of those who make war upon Allah and His messenger and strive after corruption in the land will be that they will be killed or crucified, or have their hands and feet on alternate sides cut off, or will be expelled out of the land. Such will be their degradation in the world, and in the Hereafter theirs will be an awful doom;” ~ Quran 5:33

Fortunately most Muslims, especially those outside of Muslim countries, would not try to kill those who would disrespect them and their religion. Even though they may feel justified in hating, the laws of the country they live in forbid them from fully observing their Muslim faith. Fortunately, they count the benefits of their country’s freedoms more valuable than fully obeying what they claim to believe.

2. How The God of Each Belief Executes Judgement in the Earth:

“Dearly beloved, avenge not yourselves, but rather give place unto wrath: for it is written, Vengeance is mine; I will repay, saith the Lord. Therefore if thine enemy hunger, feed him; if he thirst, give him drink: for in so doing thou shalt heap coals of fire on his head. Be not overcome of evil, but overcome evil with good.” ~ Romans 12:19-21

“Then said Jesus unto him, Put up again thy sword into his place: for all they that take the sword shall perish with the sword.” ~ Matthew 26:52

Jesus Christ has all power and authority to execute his own judgement upon those who would disrespect him.

“But Jesus held his peace. And the high priest answered and said unto him, I adjure thee by the living God, that thou tell us whether thou be the Christ, the Son of God. Jesus saith unto him, Thou hast said: nevertheless I say unto you, Hereafter shall ye see the Son of man sitting on the right hand of power, and coming in the clouds of heaven.” ~ Matthew 26:63-64

Yet there are those who claim to be Christian that throughout history have killed those who would offend their idol: their dead faith. Even to this day these types of Christian hypocrites still exist.

So idols are not just physical statues; they are also dead people and dead ideas. Idols are lifeless dead things and have to be protected by their worshipers. So it is also true of some Muslims and their idols: Muhammad, the Quran, and Alla. Since Alla is nothing more than a dead thought in the mind of people, he has no power to answer prayer nor can he execute his own judgement. His followers must do it for him.

Again, fortunately most Muslims do not feel the liberty to openly exercise vengeance in behalf of their idol/god. And of course, neither can their god execute any vengeance in his own behalf.

They are as totally different as any two individuals who placed foot on the earth ever could be!

Jesus came from God out of heaven and was born of a virgin, therefore he was the Son of God. Muhammad was born of a man and woman just like the rest of us.

From a child, Jesus’ mission on earth was announced by the angels, spoken of by faithful worshipers, sought out by wise men from a far country under the direction of a star in the sky, and so feared that even the local king brutally tried to find and kill him. Muhammad grew up and followed in the directions of those who reared him, like any other typical child.

Even as a young child, Jesus understood clearly who he was and what his mission was, and was busy preparing him self for that mission. By Muhammad’s own testimony, he had his first calling as a fully grown and married man while spending time in a cave where he was first troubled by what he identified as an evil spirit. Later he would identify this spirit as an angel from God, a God who now also had a new name called “Allah”.

Jesus endured torture and died for everyone because his God and Father wanted him to do that, even for those who hated his Father. Muhammad made others die for his god, Allah.

Jesus is holy and did no sin, and he has power to deliver people from their sins so that they also can live a holy life. Muhammad was a carnal, fleshly man, who tortured and killed, and took part in marriage relationships with many women at the same time – and he taught his followers to do the same.

Jesus taught that his Kingdom has no earthly tie to any special place on earth. It is a spiritual kingdom and is within the hearts of those who love God. Muhammad taught his follows to pray towards earthly places, and to visit those early places.

How the Hypocrites of Each Faith Conduct Themselves:

Now, there are Christian hypocrites who against the true doctrines of their faith will still:

I believe that these fake Christians are the most wicked people on the face of the earth. Because knowing what is the right thing to do, they chose to do evil, and to cover it up. I pray for them that they will wake up to the very ungodly condition in their soul. They need courage to be honest with themselves and with Jesus Christ! They need to forsake their sins and ask forgiveness. (I know all this because I was raised in a religion that only taught the people how to be a Christian hypocrite. As I got older and came to realize that, it was my responsibility to make the right decision and forsake hypocritical religion and hypocritical living.)

Now all of these wicked practices that fake Christians do, are actually sanctioned by the doctrines of the Muslim faith. The religion of Islam states that under the right conditions it is perfectly OK for a Muslim to:

But fortunately, many of the free countries in the world still will not allow a Muslim to fully exercise these corrupt and barbaric religious doctrines.

I believe that these half way practicing Muslims are some of the most unsatisfied people on the face of the earth. Because knowing the corruption and barbaric foundation teachings of their religion, they are still bound by the fear of their family and their religious society. So they continue a form of outward religion that they actually do not fully believe in. I pray for them that they will have the courage to seek the true God and his Son who was sent to be their Savior. Jesus Christ will love them and help them to overcome any form of persecution that their family or religious society would try to scare them with.

May God have mercy to help both the Christian hypocrite and the Muslim to get free!