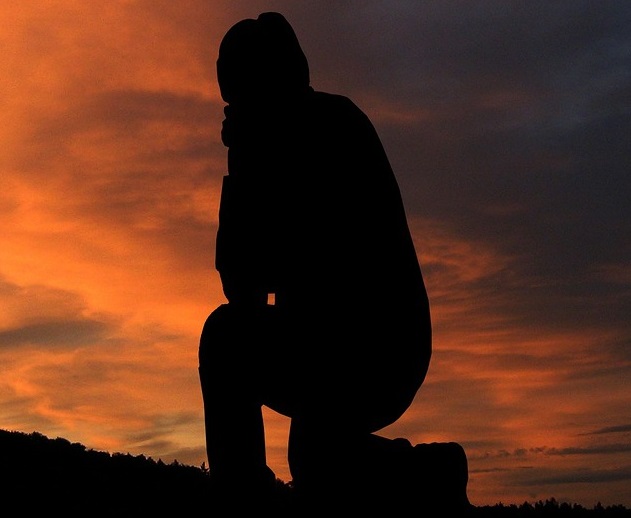 “And every creature which is in heaven, and on the earth, and under the earth, and such as are in the sea, and all that are in them, heard I saying, Blessing, and honour, and glory, and power, be unto him that sitteth upon the throne, and unto the Lamb for ever and ever.” ~ Revelation 5:13

Yes, everyone and everything will kneel and bow to honor Jesus. This may seem a strange statement, but the reality is that “all things were created for him and by him.”

“For by him were all things created, that are in heaven, and that are in earth, visible and invisible, whether they be thrones, or dominions, or principalities, or powers: all things were created by him, and for him: And he is before all things, and by him all things consist. And he is the head of the body, the church: who is the beginning, the firstborn from the dead; that in all things he might have the preeminence. For it pleased the Father that in him should all fulness dwell” ~ Colossians 1:16-19

Yes, even those who are rebelling and doing evil, they are receiving the judgement of his will as “children of wrath” (Ephesians 2:3) and are reaping for their evil life (Galatians 6:7-9) in this present world. And in that context they are also fulfilling his will. And if they do not repent and willingly acknowledge their sins and their need for Jesus, accordingly they will receive of Jesus the final judgement of his word! God has exalted Jesus to this high place so that all will fulfill his purpose in some way, whether it is to receive judgement, or to receive mercy – all will worship and honor Jesus.

“And being found in fashion as a man, he humbled himself, and became obedient unto death, even the death of the cross. Wherefore God also hath highly exalted him, and given him a name which is above every name: That at the name of Jesus every knee should bow, of things in heaven, and things in earth, and things under the earth; And that every tongue should confess that Jesus Christ is Lord, to the glory of God the Father. Wherefore, my beloved, as ye have always obeyed, not as in my presence only, but now much more in my absence, work out your own salvation with fear and trembling.” ~ Philippians 2:8-12

There is no escape! In this life and in the life to come, everyone of us will fulfill his will, and as such in the final end will have to acknowledge Jesus as the “King of kings and Lord of lords”!

It is best to acknowledge him now rather than to wait until later.