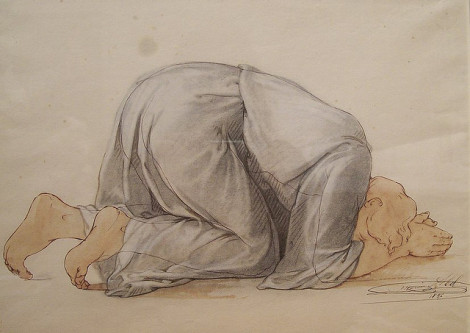 “And the four beasts said, Amen. And the four and twenty elders fell down and worshiped him that liveth for ever and ever.” ~ Revelation 5:14

Notice! This humility and honor and worship given by those representing the ministry, apostles, and all the spiritual tribes of Israel (the true family of God) is what immediately precedes the seals being opened! And once they start to open, things that only God can do happen. Thunder! Thunder is the after report of great spiritual light being shown. So in the next scripture we see:

“And I saw when the Lamb opened one of the seals, and I heard, as it were the noise of thunder, one of the four beasts saying, Come and see.” ~ Revelation 6:1

We will see a similar thing happen later in Revelation when everyone again in one accord are worshiping and honoring God. Things that only God can do happen: lightnings, and thunderings, and an earthquake, and great hail.

“And the seventh angel sounded; and there were great voices in heaven, saying, The kingdoms of this world are become the kingdoms of our Lord, and of his Christ; and he shall reign for ever and ever. And the four and twenty elders, which sat before God on their seats, fell upon their faces, and worshiped God, Saying, We give thee thanks, O Lord God Almighty, which art, and wast, and art to come; because thou hast taken to thee thy great power, and hast reigned. And the nations were angry, and thy wrath is come, and the time of the dead, that they should be judged, and that thou shouldest give reward unto thy servants the prophets, and to the saints, and them that fear thy name, small and great; and shouldest destroy them which destroy the earth. And the temple of God was opened in heaven, and there was seen in his temple the ark of his testament: and there were lightnings, and voices, and thunderings, and an earthquake, and great hail.” ~ Revelation 11:15-19

Have we completely placed our hearts and lives at the Lords disposal in consecrated worship? If we do, things that only God can do will happen through our life!