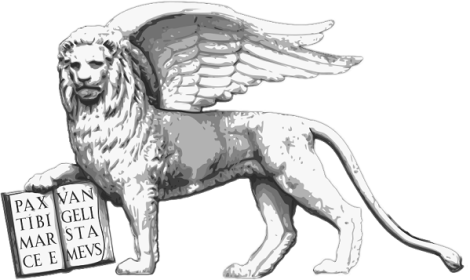 “And I saw when the Lamb opened one of the seals, and I heard, as it were the noise of thunder, and one of the four beasts saying, Come and see.” ~ Revelation 6:1

As you may recall, the first beast, or living creature, had the face of a lion. Here where it says “one of the four beasts saying, Come and see.” The expression of “one” in the original denotes “a primary numeral: one” (per Strongs). Consequently this is the first living creature (see Revelation 4:7). It is the one with a face of a lion that is being used to show what Jesus has unsealed.

“The lion hath roared, who will not fear? the Lord GOD hath spoken, who can but prophesy?” ~ Amos 3:8

So the living creature, who can prophesy with authority like a lion, is the one who can show what caused the thunder.

Now remember that these living creatures (here called beasts, but more properly translated “living creatures”) lead others in worshiping God – they represent ministers of the Lord.

Also remember that it was only Jesus, the “lion of the tribe of Judah,” that could open the seals:

“And one of the elders saith unto me, Weep not: behold, the Lion of the tribe of Judah, the Root of David, hath prevailed to open the book, and to loose the seven seals thereof.” ~ Revelation 5:5

It only makes sense that the “Lion of the tribe of Judah’s” ministry would also have the boldness of a lion. This was especially true at the beginning of the gospel day.

As Jesus’ ambassadors, God’s true ministry go forth with the authority of God’s word in their preaching. The great light they have seen causes them to thunder out a report of the same (hence the “noise of thunder”). Thunder always follows lightning. And the spiritual presence of Jesus, that the true ministry carry with them, gives them the great authority of a roaring lion.

A well educated person in the Bible still will never see until they have repented and turned their back fully on sin and disobedience.

Consider Nicodemus, a very educated man of the time when Jesus was physically on earth; but he could not see by his education alone. He needed the Lamb to save him.

“There was a man of the Pharisees, named Nicodemus, a ruler of the Jews: The same came to Jesus by night, and said unto him, Rabbi, we know that thou art a teacher come from God: for no man can do these miracles that thou doest, except God be with him. Jesus answered and said unto him, Verily, verily, I say unto thee, Except a man be born again, he cannot see the kingdom of God… ” ~ John 3:1-3

Nicodemus did not have spiritual eyes to see Jesus, only physical eyes. And this is why he only recognized Jesus as “a teacher come from God.” He did not see Jesus as the almighty King of kings. Nor did he see him yet as his only hope and savior. Spiritual understanding only can come through an experience of salvation from Christ. And this is why only the Lamb of God can open the seals!

Again, Revelation 6 and verse 1 states that after the seal was opened, that it was heard, “as it were the noise of thunder…” Thunder is an after report of when lightning has struck. Spiritually, it is the report that goes out after great spiritual light has been revealed. The revelation of Jesus, the Word of God made flesh, is a great light! It causes those who receive it in their heart to thunder out a report of that same light that they have received.

The apostles and disciples of the Lord were the first to receive this great light, and they thundered it out in preaching to the then lost world. Therefore Jesus even named some of them “sons of thunder.”

“And James the son of Zebedee, and John the brother of James; and he surnamed them Boanerges, which is, The sons of thunder” ~ Mark 3:17

This is exactly what happened when the apostles and disciples of the Lord sounded out the Gospel against the dry dead religion of the Jews and the pagan religions and sinful practices of the gentiles. This is why when the first seal was opened that there was a “noise of thunder.”

Have you heard the true noise of spiritual thunder before. If not, you need to find where a true and faithful gathering of the worshippers of Jesus Christ meet! A place where true ministerial lions thunder out the light that Jesus has given them!