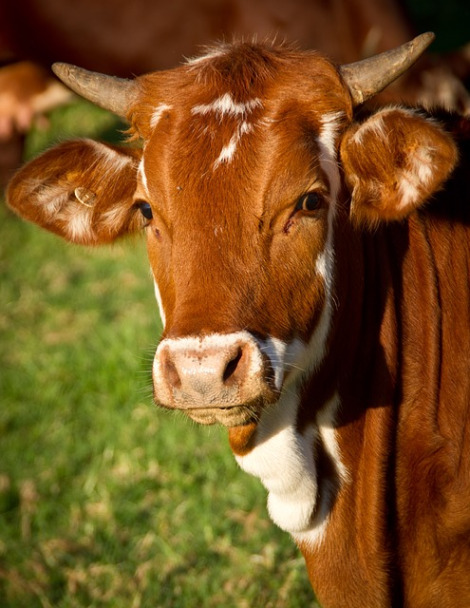 “And when he had opened the second seal, I heard the second beast say, Come and see.” ~ Revelation 6:3

The second beast, or living creature of worship, had the face of a calf (see Revelation  4:7). The calf or ox was used as both a laborer under the burden of the yoke, and as one that was sacrificed in worship to the Lord.

Also, similar to this sacrificial characteristic, in the second seal (or as many have recognized it, the Smyrna Church age) it was a time of great labor, suffering, and self sacrifice.

“I know thy works, and tribulation, and poverty, (but thou art rich) and I know the blasphemy of them which say they are Jews, and are not, but are the synagogue of Satan. Fear none of those things which thou shalt suffer: behold, the devil shall cast some of you into prison, that ye may be tried; and ye shall have tribulation ten days: be thou faithful unto death, and I will give thee a crown of life.” ~ Revelation 2:9-10

Note also: when the second seal was opened, there was no more a sound of thunder, like when the first seal was opened. To have thunder there must be gathered together thick warm clouds, heavy with moisture and wind turbulence – or spiritually: “a cloud of witnesses” (see Hebrews 12:1). When clouds of this nature are mixed significantly with cold air they are eventually overcome enough that the clouds thin out and dissipate. Hence – no more rain, lightning, or thunder! And that is exactly what spiritually happens in the second seal.

Again, the second seal corresponds to the Smyrna Church age of time (See Revelation 2:8-11). And it tells us that during this time, that right among God’s true people, his true spiritual Jews, that there also were those who “say they are Jews, and are not, but are the synagogue of Satan.” There was a dead, cold, religious condition of people significantly affecting the “cloud of witnesses” by being intermixed with them. The spiritual heavens were no longer “thundering.” In general, as a separate, visible body of Christians, God was not being properly worshiped. The Word of God and the Spirit of God was not ruling in the hearts of a large number of the inter-mingled body.

Do we have moisture in our testimony and worship today?

“He that believeth on me, as the scripture hath said, out of his belly shall flow rivers of living water. (But this spake he of the Spirit, which they that believe on him should receive: for the Holy Ghost was not yet given ; because that Jesus was not yet glorified.)” ~ John 7:38-39

The Holy Spirit will not anoint with living water a worship service that has a significant mixture of hypocrites attending! In a true worship service, a hypocrite should be made afraid by the presence of God!