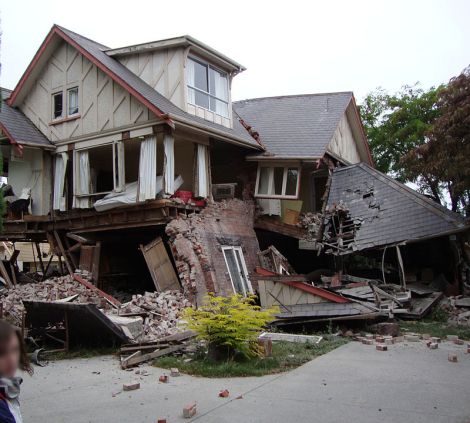 “And I beheld when he had opened the sixth seal, and, lo, there was a great earthquake; and the sun became black as sackcloth of hair, and the moon became as blood;” ~ Revelation 6:12

Have you read the earlier posts about the first through the fifth seals being opened? If you have you will note that other than the first seal, the second through the fifth were showing a side of the spiritual battle that appeared as if Satan was getting the upper hand. But even though the true saints are suffering, in the fifth seal we see God speaking of something different coming after a “little season”. And so after that little season we read from Revelation 6:12 about:

These represent spiritual things, and through the literal, physical description, we can gain understanding into the spiritual.

A great spiritual earthquake happens when a strong Holy Ghost message shakes and awakens individuals to their spiritual need.

“The Lord also shall roar out of Zion, and utter his voice from Jerusalem; and the heavens and the earth shall shake: but the Lord will be the hope of his people, and the strength of the children of Israel.” ~ Joel 3:16

The reason for the shaking stated above is “but the Lord will be the hope of his people…” So that his own people would learn to not trust in things that can be shaken out, but to only trust in him and his Word which cannot be shaken nor removed!

“Whose voice then shook the earth: but now he hath promised, saying, Yet once more I shake not the earth only, but also heaven. And this word , Yet once more, signifieth the removing of those things that are shaken, as of things that are made, that those things which cannot be shaken may remain. Wherefore we receiving a kingdom which cannot be moved, let us have grace, whereby we may serve God acceptably with reverence and godly fear:” ~ Hebrews 12:26-28

But remember that in Revelation 6:12 it was also stated:

“…and the sun became black as sackcloth of hair, and the moon became as blood;”

This reflects what happened on the day of Pentecost when the Holy Spirit anointing was poured out on the 120 who were praying in the upper room. Peter explained what was happening this way:

“But this is that which was spoken by the prophet Joel; And it shall come to pass in the last days, saith God, I will pour out of my Spirit upon all flesh: and your sons and your daughters shall prophesy, and your young men shall see visions, and your old men shall dream dreams: And on my servants and on my handmaidens I will pour out in those days of my Spirit; and they shall prophesy: And I will shew wonders in heaven above, and signs in the earth beneath; blood, and fire, and vapour of smoke: The sun shall be turned into darkness, and the moon into blood, before the great and notable day of the Lord come: And it shall come to pass, that whosoever shall call on the name of the Lord shall be saved.” (Acts 2:16-21 & Joel 2:28-32)

The Sun represents the New Testament message, the gospel of Christ Jesus. It not only shook up the people, but it was also a day of great darkness for the self-righteous as their righteousness was sown to be nothing but filthy rags. Hence to them it turned the spiritual sun  (which should be a great light) into blackness for them for their deeds were evil.

Also the moon, which represents the Old Testament (because it can only reflect the light from the sun and has no light of its own) loses its light and becomes a “blood moon”, like in an eclipse. The “blood moon” description is appropriate because the Old Testament Law itself made them guilty, because they did not follow all the law. Additionally, those who killed Christ Jesus twisted the Law to justify their arguments for killing Christ. They became “blood guilty” by the conviction of the Holy Spirit anointed preaching of the Apostles and disciples of Christ.

After a period of hypocrisy and of abuse of the true people of God, there comes an appointed time when a Holy Ghost anointed ministry peaches again a true message that:

There comes a day when God uses a ministry to pour out judgement upon the hypocrisy of fake Christianity. The purpose is to awaken people to get honest and get out of such a horrible spiritual condition!

“Shall not the day of the LORD be darkness, and not light? even very dark, and no brightness in it? I hate, I despise your feast days, and I will not smell in your solemn assemblies. Though ye offer me burnt offerings and your meat offerings, I will not accept them: neither will I regard the peace offerings of your fat beasts. Take thou away from me the noise of thy songs; for I will not hear the melody of thy viols. But let judgment run down as waters, and righteousness as a mighty stream.” (Amos 5:20-24)

It is time to pour out judgement upon fake Christian spirits. Are you ready for this judgement?

Note: photo by “80 Bealey Avenue” by Schwede66 – Own work. Licensed under CC BY-SA 3.0 via Wikimedia Commons –