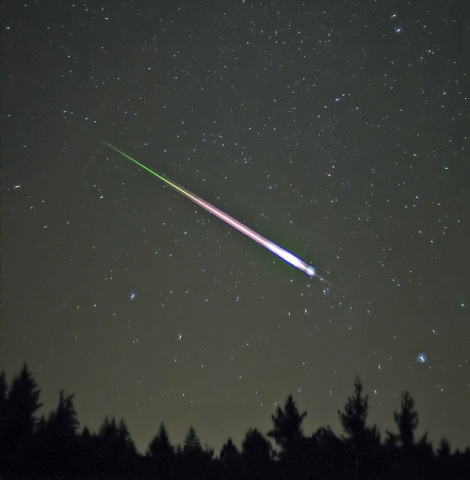 “And the stars of heaven fell unto the earth, even as a fig tree casteth her untimely figs, when she is shaken of a mighty wind.” ~ Revelation 6:13

Revelation is a spiritual message, so understand that stars represents ministers, or individuals who are responsible to deliver a message from God.

The original word for ”angel” in these scriptures is “messenger.” And Revelation specifically identifies these angels as human messengers:

So we see that the fallen stars would represent fallen angels/messengers of the gospel. Yes, ministers can fall into sin and become false messengers! Judas was hand picked by Jesus, yet he fell and betrayed Christ. The Apostle Paul also earnestly warned us that this can happen:

“Now I beseech you, brethren, mark them which cause divisions and offences contrary to the doctrine which ye have learned; and avoid them. For they that are such serve not our Lord Jesus Christ, but their own belly; and by good words and fair speeches deceive the hearts of the simple.” ~ Romans 16:17-18

Reflecting the thought of what Revelation 6:12-13 says, the Lord Jesus also told of this type of spiritual earthquake, with similar symbolism.

“Immediately after the tribulation of those days shall the sun be darkened, and the moon shall not give her light, and the stars shall fall from heaven, and the powers of the heavens shall be shaken: And then shall appear the sign of the Son of man in heaven: and then shall all the tribes of the earth mourn, and they shall see the Son of man coming in the clouds of heaven with power and great glory. (see also: Zech 12:12 Dan 7:13 Mark 13:26 Luke 21:27)
And he shall send his angels with a great sound of a trumpet, and they shall gather together his elect from the four winds, from one end of heaven to the other.
Now learn a parable of the fig tree; When his branch is yet tender, and putteth forth leaves, ye know that summer is nigh: So likewise ye, when ye shall see all these things, know that it is near, even at the doors. Verily I say unto you, This generation shall not pass, till all these things be fulfilled.” ~ Matthew 24:29-34

Every time a spiritual shaking happens, a similar effect happens:

So the opening of the Sixth seal is the beginning of a spiritual earthquake! The time of Christ’s judgement upon false Christian ministers and false Christian organizations has come! These fakes must now seek to find a cover from the clarity of a true message against the corrupted messages of Catholicism, Protestant sects, and paganism.
And so the question is asked in Revelation 6:17 “…who shall be able to stand?” Are you able to stand in the congregation of the righteous? Or are you seeking to hide within the congregations of compromise? It is best to quit trying to hide and to face the truth now, rather than to face it at the final judgement day!