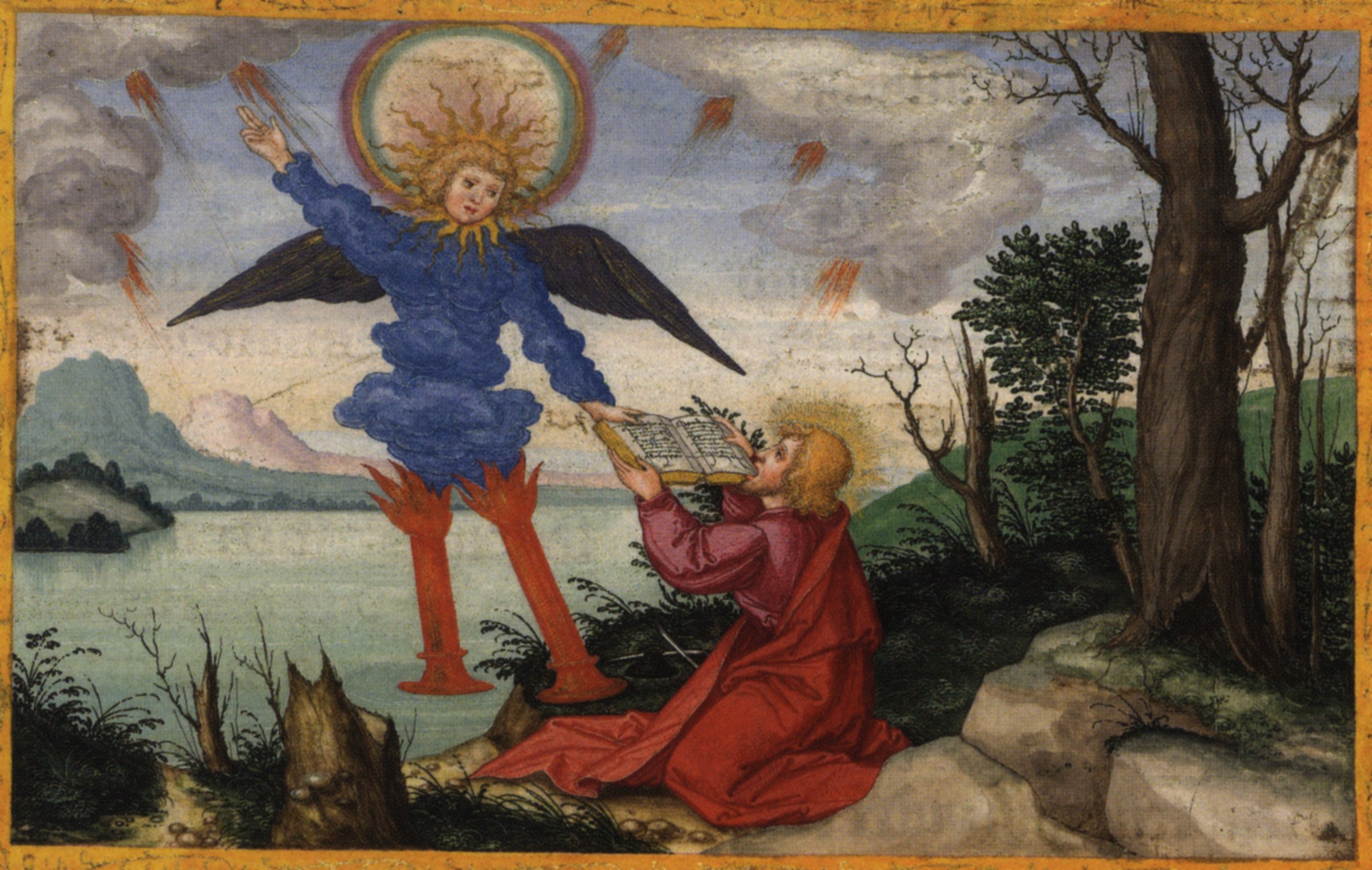 “And I saw another mighty angel come down from heaven, clothed with a cloud: and a rainbow was upon his head, and his face was as it were the sun, and his feet as pillars of fire:” ~ Revelation 10:1

Note: Here in Revelation the book is still speaking to us from the sixth trumpet, which is also part of the second of the three woes upon those on the earth. In the previous chapter of Revelation (the ninth chapter) the sixth trumpet angel started to sound, and a great death curse was pronounced upon all hypocrites claiming the Christian faith. That curse comes through a fallen ministry made up of chief hypocrites who are deceiving those who take pleasure in unrighteousness. But now in the tenth chapter of Revelation, Jesus Christ himself shows up to set the record straight concerning the revelation of who his true ministry and people are.

The characteristics of this “mighty angel” mentioned in Revelation 10:1 have no equal, except in the prophetic and scriptural descriptions we have of Jesus Christ himself. First in the book of Daniel we see a very similar vision of one who also is providing revelations to Daniel.

“Then I lifted up mine eyes, and looked, and behold a certain man clothed in linen, whose loins were girded with fine gold of Uphaz: His body also was like the beryl, and his face as the appearance of lightning, and his eyes as lamps of fire, and his arms and his feet like in colour to polished brass, and the voice of his words like the voice of a multitude.” ~ Daniel 10:5-6

The feet like “polished brass” are for the power of fire, or over fire. These same characteristics are shown of Christ in Revelation the first chapter:

“And in the midst of the seven candlesticks one like unto the Son of man, clothed with a garment down to the foot, and girt about the paps with a golden girdle. His head and his hairs were white like wool, as white as snow; and his eyes were as a flame of fire; And his feet like unto fine brass, as if they burned in a furnace; and his voice as the sound of many waters. And he had in his right hand seven stars: and out of his mouth went a sharp twoedged sword: and his countenance was as the sun shineth in his strength.” ~ Revelation 1:13-16

But here in Revelation 10, Christ as the “mighty angel” is providing the Revelation to John as an “open book.” And with this purpose, he has special clothing on: “clothed with a cloud: and a rainbow was upon his head.” Remember, he has promised many times to return “in the clouds”:

At the end of time he will certainly come this way, but he also comes this way when true worshipers are gathered together with one heart and mind to worship and do his will. This is what Jesus told the then Jewish High Priest before Jesus was condemned to death:

“Hereafter shall ye see the Son of man sitting on the right hand of power, and coming in the clouds of heaven.” ~ Matt 26:63-64

His words came true as the then Jewish High Priest saw, after the day of Pentecost, Christ reigning upon the throne of the hearts of those who were saved and serving him. The Jewish High Priest had spiritually been removed from his office, and now Jesus was ministering to the people by the Holy Spirit. Jesus had come in the “cloud of witnesses” – the cloud of people who were worshiping him!

Hebrews gives us some insights into this principle of a “cloud of witnesses” who witness for the Lord as it refers back to the well known “faithful witnesses” identified within Hebrews the 11th chapter:

“Wherefore seeing we also are compassed about with so great a cloud of witnesses, let us lay aside every weight, and the sin which doth so easily beset us, and let us run with patience the race that is set before us, Looking unto Jesus the author and finisher of our faith; who for the joy that was set before him endured the cross, despising the shame, and is set down at the right hand of the throne of God.” ~ Hebrews 12:1-2

So Christ, the mighty angel, is shown clothed with this “cloud of witnesses” and with the little book of Revelation in his hand:

“And he had in his hand a little book open: and he set his right foot upon the sea, and his left foot on the earth, And cried with a loud voice, as when a lion roareth: and when he had cried, seven thunders uttered their voices.” ~ Revelation 10:2-3

He is standing upon the sea and the earth with his feet like “pillars of fire” to show he has authority and power over all: including the sea of people, along with their earthly natures:

So he with all power over sea and earth cries as the roar of a lion: causing seven thunders to speak. (Note: It was the living creature like a lion that revealed the sound of thunder in the first seal.) Thunder is the after report, after the power of lightning has struck. The one with the countenance as lightning, is the light that causes the sons of thunder, the true ministry, to speak:

In Revelation chapter 5 this little book was closed and sealed. But then, starting in Revelation 6, the seals were being opened one by one: and when the first seal was opened, there was a sound of thunder. Thunder is the result of something that only God can produce: lightning. Then following that thunder, for the next four seals: when the second, third, fourth, and fifth seals were opened, the only noise we hear is coming from the activities that people cause.

But then again in the opening of the sixth seal, things that only God can do are happening: sun and moon changing, stars falling, a great earthquake, and mountains and islands are being moved (note: this all relates to spiritual conditions, not literal physical things). Now, in similar pattern, as part of the sixth trumpet (the second woe), we hear seven thunders that are caused by the Son of God. And Revelation chapter 10 shows us that it is not just one thunder, but seven thunders; because all seven seals of the little book are opened, for Jesus is holding the little book open in his hand.

“And when the seven thunders had uttered their voices, I was about to write: and I heard a voice from heaven saying unto me, Seal up those things which the seven thunders uttered, and write them not. And the angel which I saw stand upon the sea and upon the earth lifted up his hand to heaven, And sware by him that liveth for ever and ever, who created heaven, and the things that therein are, and the earth, and the things that therein are, and the sea, and the things which are therein, that there should be time no longer: (Note: A better translation for “that there should be time no longer” is “that there should be no longer delay”.) But in the days of the voice of the seventh angel, when he shall begin to sound, the mystery of God should be finished, as he hath declared to his servants the prophets.” ~ Revelation 10:4-7

John heard the seven thunders, yet he does not tell us yet what was revealed, being instructed to seal it up (hence the seven seals on the book shown in Revelation chapter 5).

“For when God made promise to Abraham, because he could swear by no greater, he sware by himself,” ~ Hebrews 6:13

Next the mighty Angel (Jesus Christ) plainly stated to John when the seals will be opened: in the days of the seventh trumpet angel. (The next and final woe-trumpet to be sounded.)

There is an appointed time by God to reveal, and until that time, it is sealed.

Even though this prophesy in Daniel was spoken hundreds of years before John’s day, yet it speaks of the same thing. And so next: in Revelation the 11th chapter, Jesus starts to reveal to John what happened during the “time, times, and an half, when he shall have accomplished to scatter the power of the holy people” spoken of in Daniel’s time. Notice also that this same person (who is Christ) showing this to Daniel, also did “sware by him that liveth for ever.”

“And the voice which I heard from heaven spake unto me again, and said, Go and take the little book which is open in the hand of the angel which standeth upon the sea and upon the earth. And I went unto the angel, and said unto him, Give me the little book. And he said unto me, Take it, and eat it up; and it shall make thy belly bitter, but it shall be in thy mouth sweet as honey. And I took the little book out of the angel’s hand, and ate it up; and it was in my mouth sweet as honey: and as soon as I had eaten it, my belly was bitter.” ~ Revelation 10:8-10

This is again a very similar “phrase for phrase” repetition of the directive given to the prophet Ezekiel when he was instructed to pronounce judgement upon the hypocrites who were among the Israelite people.

“But thou, son of man, hear what I say unto thee; Be not thou rebellious like that rebellious house: open thy mouth, and eat that I give thee. And when I looked, behold, an hand was sent unto me; and, lo, a roll of a book was therein; And he spread it before me; and it was written within and without: and there was written therein lamentations, and mourning, and woe. Moreover he said unto me, Son of man, eat that thou findest; eat this roll, and go speak unto the house of Israel. So I opened my mouth, and he caused me to eat that roll. And he said unto me, Son of man, cause thy belly to eat, and fill thy bowels with this roll that I give thee. Then did I eat it; and it was in my mouth as honey for sweetness. And he said unto me, Son of man, go, get thee unto the house of Israel, and speak with my words unto them… …So the spirit lifted me up, and took me away, and I went in bitterness, in the heat of my spirit; but the hand of the LORD was strong upon me.” (Ezekiel 2:8-3:4 & 14) 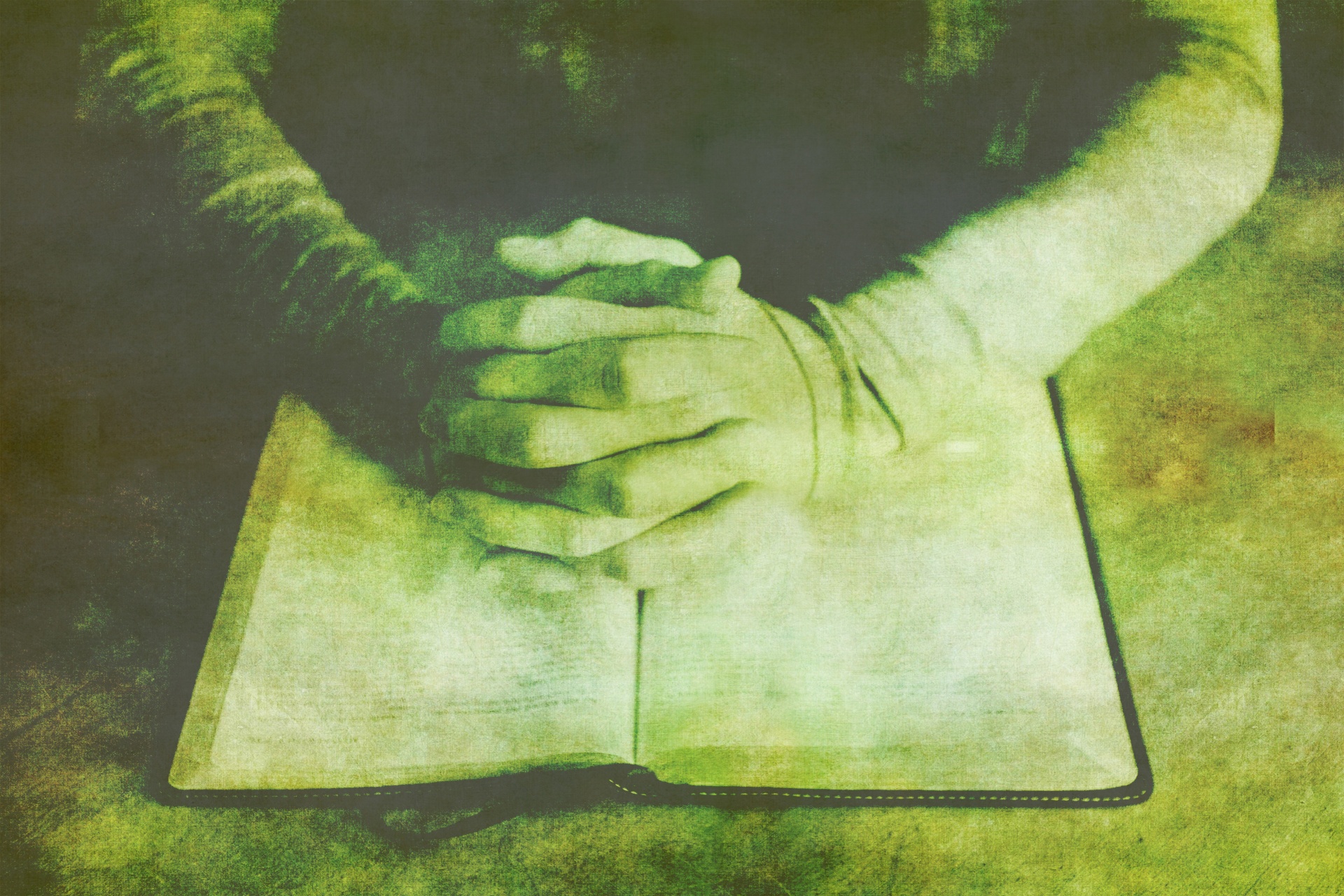 God wants this book to be spiritual food and strength for us. For those who are obedient it is a sweet and beautiful message. But because it is judgement upon the hypocrite, there is a strong bitterness to it. Many will resist and reject it. Consequently, this same message will also bring additional persecution and bitter trials upon the true saints, due to the reaction of the hypocrites. Nevertheless, the true saints still obey and are true.

Then he re-commissions John (and his true ministry) to preach this message to the whole world, for a second time.

“And he said unto me, Thou must prophesy again before many peoples, and nations, and tongues, and kings.” ~ Revelation 10:11

Truly John was commissioned by Christ to write and send this letter of the “Revelation of Jesus Christ” during the first century. But Christ has also re-commissioned his true ministry to preach the fulfillment of the Revelation message in these latter days, of the Gospel day.