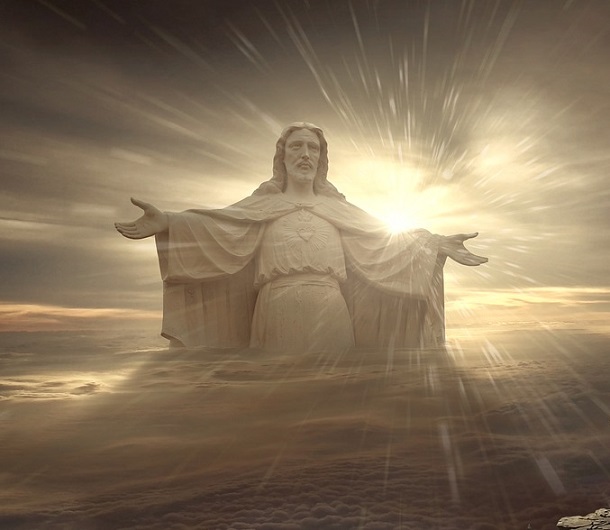 “And after these things I saw another angel come down from heaven, having great power; and the earth was lightened with his glory.” ~ Revelation 18:1

And the great power of this light message is the gospel that Jesus Christ personally delivered to the world. But many are yet blind to it because their heart is still in love with darkness.

“In whom the god of this world hath blinded the minds of them which believe not, lest the light of the glorious gospel of Christ, who is the image of God, should shine unto them. For we preach not ourselves, but Christ Jesus the Lord; and ourselves your servants for Jesus’ sake. For God, who commanded the light to shine out of darkness, hath shined in our hearts, to give the light of the knowledge of the glory of God in the face of Jesus Christ. But we have this treasure in earthen vessels, that the excellency of the power may be of God, and not of us.” ~ 2 Corinthians 4:4-7

When the excellency of the power and light is attributed to Jesus Christ, then the corruption of a fallen church system and a fallen leadership can be exposed and destroyed in the hearts of individuals. So don’t attribute this power and light to any man or woman!

That is why Revelation 18:1 states “And after these things I saw another angel come down from heaven…” John was able to clearly see Jesus, and his message against the hypocrisy of fake Christianity, after:

And so the Holy Spirit uses a humble ministry with eyes to see the deception, and anointed with the Spirit of Christ, to deliver the Revelation message. This message exposes Babylon and spiritually destroys her in the hearts of individuals that need deliverance from her deception.

In Revelation 14, after the kingdoms of the beasts were exposed in Revelation chapters 12 and 13, we also heard of the double fallen condition of spiritual Babylon.

“And there followed another angel, saying, Babylon is fallen, is fallen, that great city, because she made all nations drink of the wine of the wrath of her fornication.” ~ Revelation 14:8

And so again, later in Revelation 18, we hear the same message concerning why she is doubly fallen. Spiritual Babylon represents unfaithful and fallen Christianity. Because people use harlot fallen Christianity for their own selfish gain and purposes:

“For all nations have drunk of the wine of the wrath of her fornication, and the kings of the earth have committed fornication with her, and the merchants of the earth are waxed rich through the abundance of her delicacies.” ~ Revelation 18:3

So twice the Revelation message states that Babylon is double fallen. When God does this twice it is to emphasize to mankind the finality of his judgement soon to come!

This double revelation is what God did with Pharaoh’s two dreams that Joseph interpreted in Genesis.

“And for that the dream was doubled unto Pharaoh twice; it is because the thing is established by God, and God will shortly bring it to pass.” ~ Genesis 41:32

And also twice in history, during the sixth seal of Revelation, and then again in the seventh seal, a true ministry has declared the fallen condition of spiritual Babylon.

But then again, in Revelation 18, we are informed in more detail why Babylon is double fallen:

As stated many times in prior posts, spiritual Babylon represents the hypocrisy condition of fake and fallen “Christianity”. Most every so-called “Christian” church today is corrupt and has “…become the habitation of devils, and the hold of every foul spirit, and a cage of every unclean and hateful bird.” At one time in past history, many were true places of Christianity. But today they are completely fallen! This is a recurring condition that even happened in the Old Testament.

“How is the faithful city become an harlot! it was full of judgment; righteousness lodged in it; but now murderers.” ~ Isaiah 1:21

Today most churches are “the habitation of devils, and the hold of every foul spirit, and a cage of every unclean and hateful bird.” But why does Revelation use this symbolic language to describe this fallen condition?

We know about the devil, and foul spirits. The word “foul” in the original means “unclean” or “not cleansed”. This clearly designates the spirit of people who have not been made clean by the blood of the Lamb. So this is why it goes on to state that false Christianity, which is spiritual Babylon, is “a cage of every unclean and hateful bird.”

These hateful birds who purpose to stop the faith of the Word from growing in the heart, are Satan’s angel/messengers (meaning fallen teachers and preachers). They are described as being bound within a cage because they are bound within chains and bars of the darkness of deception. There is no hope for them once God gives them completely over to deception.

They are also bound in a cage because this is the only way that religious systems can keep their ministry together. They are not “knit together in love” (see Colossians 2:2) so consequently they must be caged by a system where they certify their approved leaders by their adherence to a man controlled system of beliefs and operations.

“Babylon hath been a golden cup in the Lord’s hand, that made all the earth drunken: the nations have drunken of her wine; therefore the nations are mad. Babylon is suddenly fallen and destroyed…” ~ Jeremiah 51:7-8

Note: this diagram below shows where the eighteenth chapter is within the full Revelation message. The judgment messages of chapter 18 are also part of completing the purpose of God to destroy the influence of hypocrisy. To better understand a high level view of Revelation, you can also see the “Roadmap of Revelation.”